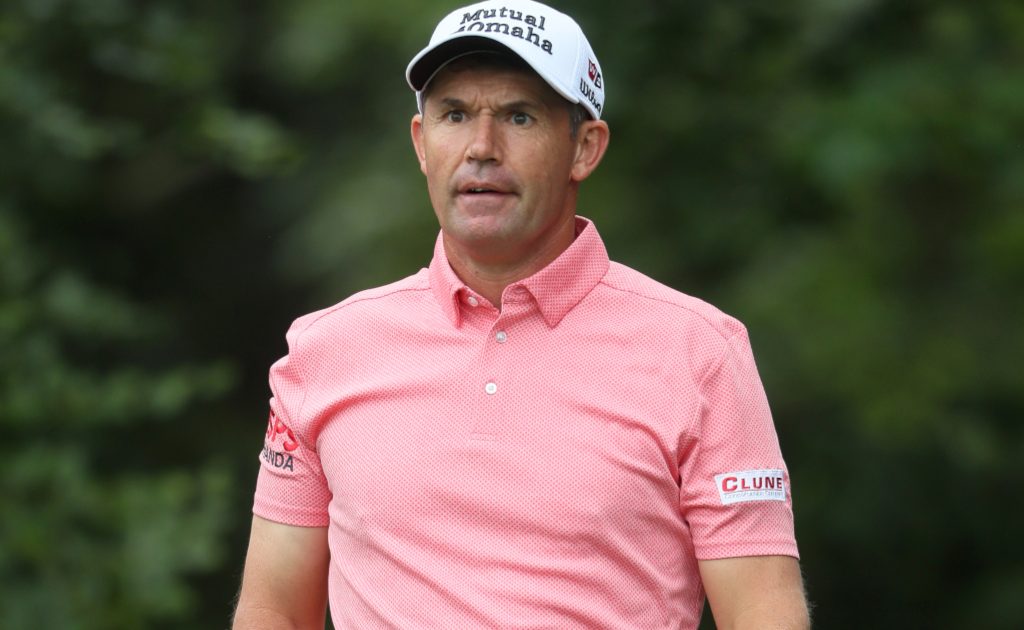 His presence in the field may have come as a surprise to Rory McIlroy, but Padraig Harrington made a brilliant start as the 86th Masters got under way at Augusta National.

McIlroy only realised Harrington was eligible for the year’s first major championship after they played a practice round together, Harrington having qualified courtesy of his tie for fourth in last year’s US PGA Championship.

The three-time major winner was among the early starters in Thursday’s first round and followed pars on the first two holes with birdies from close range on the third and fourth to set the early pace.

The start of play had been delayed by 30 minutes due to bad weather, with the thunderstorms which forced Wednesday’s par-three contest to be abandoned continuing through the evening and overnight.

The first group teed off at 0830 local time (1330BST) after Tom Watson had joined Jack Nicklaus and Gary Player in acting as an honorary starter for the first time.

Watson’s competitive instincts remained in tact however as he also asked Player how far his drive had gone, with Player replying: “You could hear it land. Not very far.”

The delay meant Tiger Woods was now scheduled to tee off at 1104 local time following his remarkable recovery from injuries sustained in a car accident in February last year.

McIlroy was in the final group at 1433 local time alongside Matt Fitzpatrick and Brooks Koepka.