On This Day in 2017: Sergio Garcia beats Justin Rose in play-off to win Masters 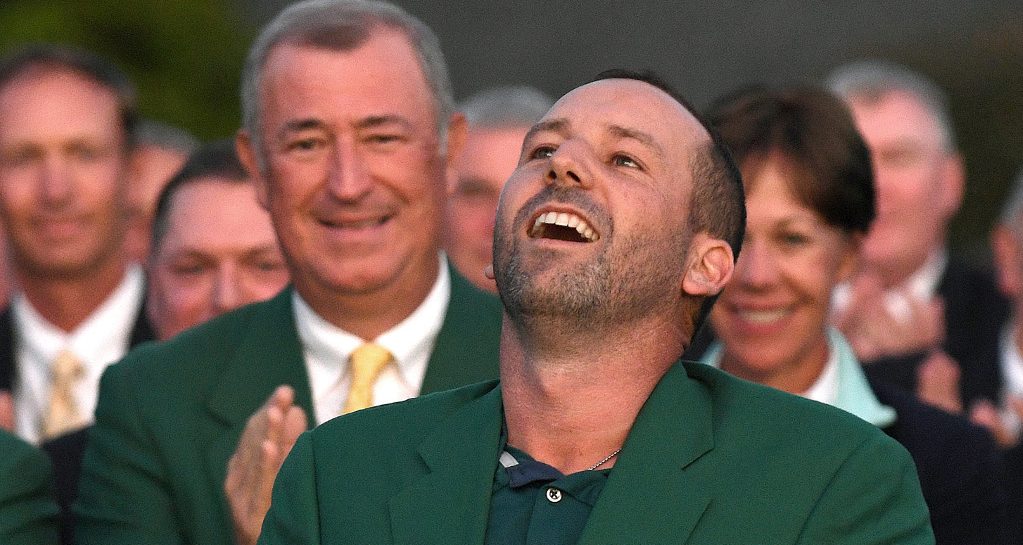 Sergio Garcia beat Justin Rose in a play-off to win the Masters on this day in 2017.

Five years after claiming he was not good enough to win a major, the Spaniard proved himself wrong in thrilling fashion on what would have been the 60th birthday of compatriot Seve Ballesteros.

Garcia became the third Spanish winner at Augusta National – after two-time champions Ballesteros and Jose Maria Olazabal – with a birdie on the first extra hole following a sensational duel with his Ryder Cup team-mate.

The pair had finished tied on nine under par after closing rounds of 69, with Rose overturning an early three-stroke deficit to lead by a shot after 16 holes, only to bogey the 17th and then fail to convert a birdie attempt from seven feet on the last.

That left Garcia with a chance to win his first major title at the 74th attempt, but his putt from five feet slid past the hole and meant the first play-off at Augusta since Adam Scott beat Angel Cabrera in 2013.

The players returned to the 18th and Rose was unable to save par after pushing his drive into the trees and hitting a poor recovery, but Garcia finished an unforgettable day in style by holing from 12 feet for birdie.

“It’s been a long wait but it’s that much sweeter because of that wait,” Garcia said after being presented with his green jacket by 2016 champion Danny Willett.

“I get to call myself Masters champion and that’s amazing.”