Masters Day One: All eyes on Tiger Woods at Augusta 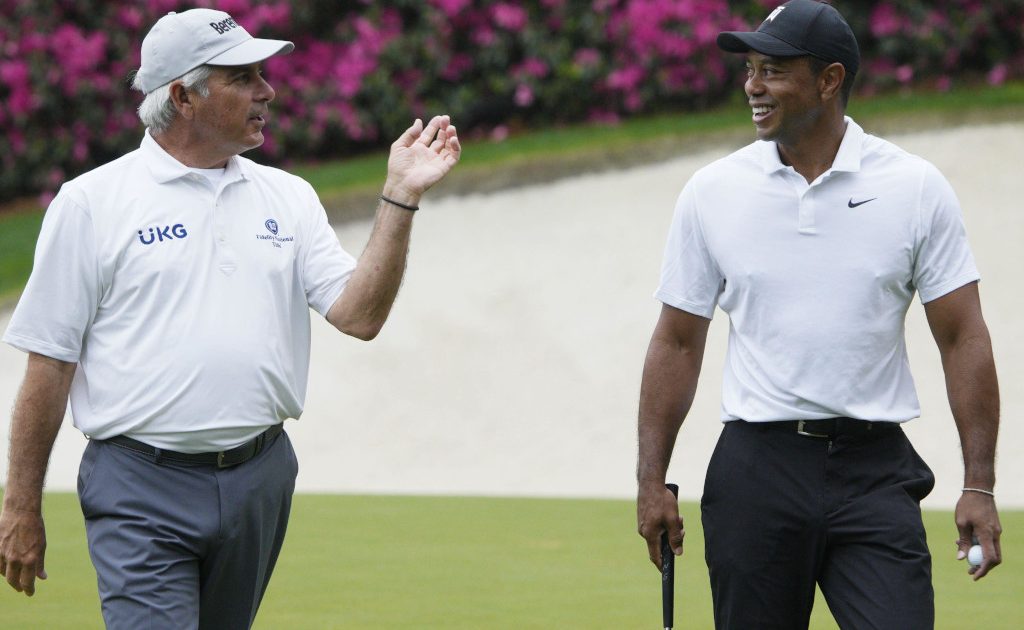 All eyes were on Tiger Woods ahead of the 86th Masters at Augusta National.

Less than 14 months after suffering severe injuries to his right leg in a car accident, Woods had defied the odds once again by recovering in time to take his place in the 91-man field for the year’s first major championship.

“It’s just truly amazing,” Masters chairman Fred Ridley said in his annual pre-tournament press conference. “I don’t even know how else to say it.

“I would have probably taken some pretty high odds a few weeks or a few months ago whether or not he would be here.

“But when you think about it, it really shouldn’t surprise us. He is one of the most determined, dedicated athletes that I have ever seen in my life.

“I saw him last Tuesday when he was out practicing, he was in great spirits and had (his son) Charlie with him.

“It was interesting in his press conference that he said the only real issue is walking, that his golf swing’s fine. So who knows what might happen this week. But we are excited he’s here.”

Tom Watson, who won the Masters in 1977 and 1981, joins fellow former champions Gary Player and Jack Nicklaus as an honorary starter. The 72-year-old made his debut as an amateur in 1970 and a further 42 consecutive appearances from 1975 to 2016. Despite no longer competing in the Masters, Watson won the par-three contest in 2018 at the age of 68, making him the oldest ever winner of the event. Since Arnold Palmer’s death in 2016, Palmer and Nicklaus have started the Masters as a twosome, but were joined by Lee Elder last year.

Scattered thunderstorms remained possible on Wednesday evening, but the cold front passing through on Thursday morning was forecast to bring an end to the rain. Clearing skies and breezy conditions are then expected the rest of the day. A 40 per cent chance of early morning showers and thunderstorms until 8am, then becoming mostly sunny and breezy, with winds of 10-15mph, gusting up to 23mph.