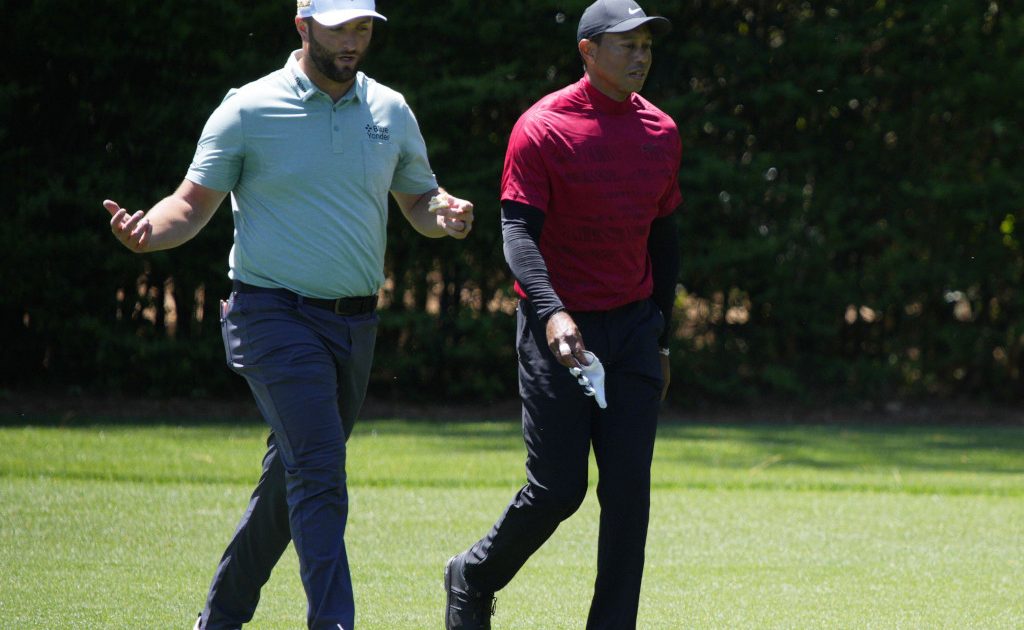 Jon Rahm has backed Tiger Woods to compete for more titles following his latest improbable return from injury in the Masters.

Woods spent three months in a hospital bed following a horrific car crash in February last year, when he was found to have been driving at almost twice the legal speed limit and hit a tree at approximately 75mph.

The 15-time major winner was somehow able to contest the PNC Championship with son Charlie in December, but last week marked his first appearance in a top-level event since the 2020 Masters was held in November due to the coronavirus pandemic.

Woods defied the odds to card an opening 71 at Augusta National before understandably struggling as the week wore on, the 46-year-old shooting 74 in round two and back-to-back rounds of 78 – the highest score of his Masters career – over the weekend.

Rahm played alongside Woods in the final round and the world number three said: “It’s really cool. It was great because nobody cared about me, so I was just watching him play.

“I was one more spectator, and I ended up playing good (shooting 69). It was kind of a load off my shoulders in that sense. I was able to enjoy it as a fan and as a player.”

Woods said that the injuries he suffered to his right leg in the accident were so severe that amputation was “on the table” at one point.

“You can just tell that his leg is just not quite up there yet,” Rahm added.

“At the end you can just tell that his leg and his body are just not used to walking this much, right?

“I believe if at home he can walk and get strength up and stamina in that sense, he will be able to be competitive again. This is the hardest walk all year. He will be able to go somewhere where it’s a little easier to walk. It won’t be as long, and I believe he’ll be able to contend.”