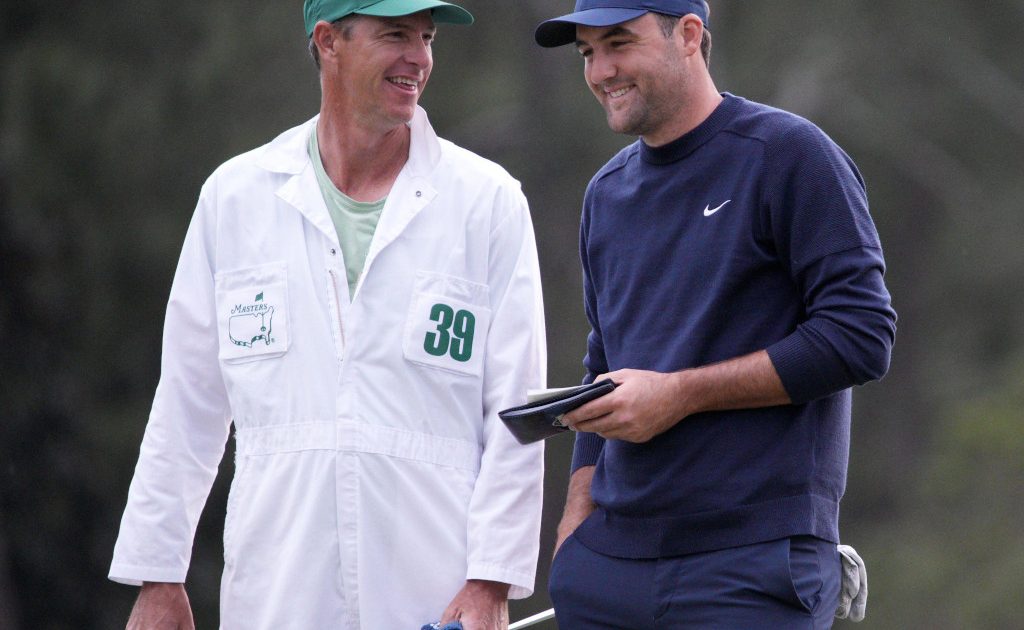 World number one Scottie Scheffler had history on his side as he took a record-equalling lead into the third round of the 86th Masters.

Seeking a remarkable fourth win in his last six events, Scheffler carded a superb second round of 67 to post a halfway total of eight under par at Augusta National.

Four of the five previous players to hold such a halfway lead went on to claim the green jacket, with Jordan Spieth the most recent to do so in 2015.

“I feel like my game is in a good spot,” Scheffler said with considerable understatement.

“Once I saw that I took the lead my first thought was to just keep trying to build it just because I feel like I’m playing well.

“That will be the goal on Saturday, just to keep putting myself in good positions, execute shots and as long as I’m committed to everything, everything should be fine. The rest really isn’t up to me.”

Tyrrell Hatton makes his feelings about his putting crystal clear.

Former Open champion Stewart Cink used the slope on the 16th to perfection to make a hole-in-one.

Scheffler and Justin Thomas both shot 67, but Scheffler’s gave him a record-equalling five-shot lead.

The par-five second succeeded the eighth hole as the easiest, a generous pin position helping to yield three eagles and 37 birdies for a scoring average of 4.573.

The par-four 11th was the toughest hole for the second day running, with just two players making birdie, eight making a double bogey and two faring even worse. That all added up to a scoring average of 4.629.

Saturday will be a chilly day, struggling to warm into the upper 50s during the afternoon. Cloud cover thickens up again in the afternoon with another low chance for a brief shower. Winds will again be breezy but not as strong as Friday, becoming sustained near 15 mph and gusting 20-25 mph at times.