From the sublime to the ridiculous: Tiger Woods’ Masters moments 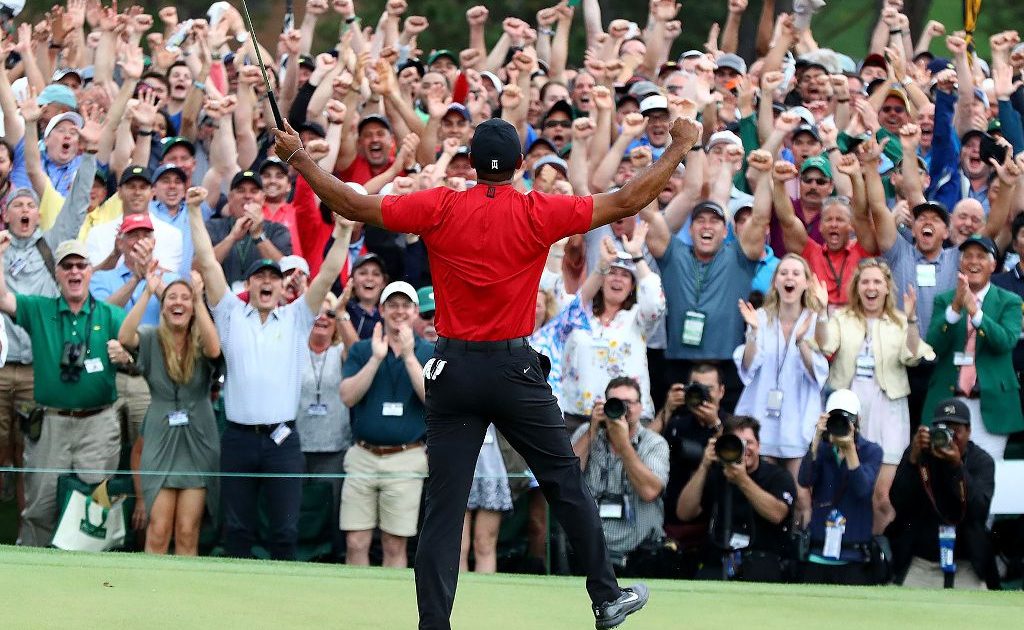 Tiger Woods revealed on Tuesday that he plans to compete in the 86th Masters this week.

His return to one of golf’s biggest stages comes less than 14 months after he suffered serious injuries in an horrific car crash in February 2021.

Here, the PA news agency looks at five of the 15-time major winner’s memorable – and not so memorable – moments at Augusta National.

Two years after believing his career was over, Woods held his nerve on a wonderfully chaotic final day to win his 15th major title, and a first in 11 years, in the 83rd Masters. Overnight leader Francesco Molinari was two clear with seven to play but dumped his tee shot on the 12th into Rae’s Creek, ruefully admitting that his back-nine mistakes had made him “a few new fans” as a closing 70 was enough for Woods to claim a fifth Green Jacket and his first since 2005. It was the first time Woods had won a major after trailing heading into the final round and an incredible 3,954 days since he beat Rocco Mediate in a play-off for the 2008 US Open, despite a double stress fracture and knee injury which prompted season-ending surgery.

Woods arrived at Augusta National in 2001 needing to win to complete the unprecedented feat of holding all four major titles at the same time following his victories in the US Open, Open Championship and US PGA in 2000. Five shots behind after an opening 70 and two behind following a second round of 66, Woods added a 68 on Saturday for a one-shot lead over Phil Mickelson. A closing 68 saw Woods hold off the challenges of Mickelson and runner-up David Duval to win his second Masters title and complete the “Tiger Slam”.

Woods held a one-shot lead over playing partner Chris DiMarco with three holes to play when he pulled his tee shot on the par-three 16th left of the green. With the collar of rough closely behind his ball Woods was faced with a difficult shot – television co-commentator Lanny Wadkins called it “one of the toughest pitches on the entire place here” – away from the pin, but judged it perfectly and watched as his ball rolled inexorably towards the hole. It paused on the edge momentarily, neatly showing the manufacturer’s logo, before toppling into the cup to spark wild celebrations.

Defending champion Woods made history during the final round of the 84th Masters, held in November due to the coronavirus pandemic – but for all the wrong reasons. Woods was already out of contention when he ran up a 10 on the par-three 12th, the highest single-hole score of his entire career. After hitting his initial tee shot into Rae’s Creek, Woods took a penalty drop before hitting his next shot into the hazard, then another penalty drop before overcompensating and firing his fifth shot over the green into a bunker. Faced with an awkward stance in the sand, Woods thinned his sixth shot back across the green into the water and eventually made it out with his eighth shot before two-putting from the fringe. Remarkably, Woods rebounded with five birdies in his final six holes.

Seemingly three off the halfway lead in 2013, Woods was handed a two-shot penalty ahead of the third round. His approach to the 15th hole in round two hit the pin and bounced back into the water and, after opting not to play from the drop zone, Woods chose to play from the same place as his original shot. Under rule 26-1a, he was obliged to drop “as nearly as possible at the spot from which the original ball was last played”, but said in a post-round interview that he opted to go “two yards further back”. That should have incurred a two-shot penalty for playing from the wrong place, but crucially rules officials reviewed footage of the incident, decided Woods had done nothing wrong and did not inform him of the situation. Woods signed for an incorrect score and that would usually have meant disqualification, but under a recent revision to rule 33-7, a tournament committee can waive disqualification if “satisfied that the competitor could not reasonably have known or discovered the facts resulting in his breach of the rules”.