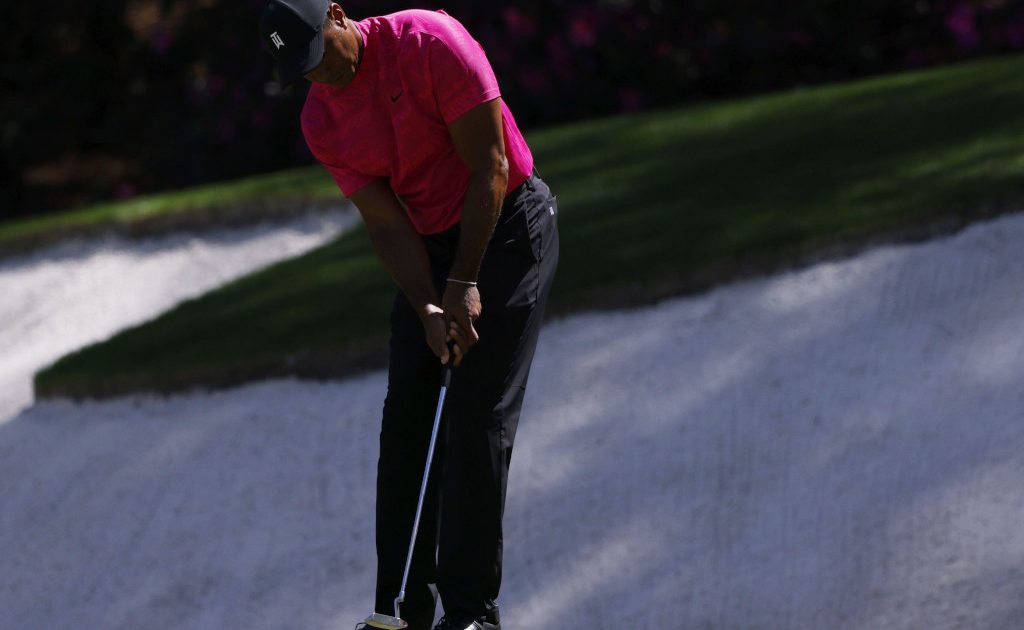 Tiger Woods faced the biggest test to date of his improbable comeback on day two of the 86th Masters at Augusta National.

And while that was undoubtedly impressive, it remained to be seen if the 46-year-old could cope with back-to-back rounds on an undulating course playing longer than ever due to the soft conditions.

“People have no idea how hard it’s been,” Woods said of his recovery. “My team does. They’ve worked with me every single day.

“To see where I’ve been, to get from there to here, it was no easy task.”

Harold Varner III produced a stunning approach from the pine straw on the 13th to set up a tap-in eagle.

Worst shot of the day

Mackenzie Hughes suffered a dreaded shank on the par-five 15th.

Hughes at least sees the funny side of his shank (above).

Sungjae Im makes an ideal start in his bid to go one better than his runners-up finish in 2020.

The par-five eighth played as the easiest hole, with 37 birdies and just five bogeys – including one from Tiger Woods – resulting in a scoring average of 4.644.

The lengthened par-four 11th unsurprisingly was the hardest with a scoring average of 4.456. Only three players made birdie and there were four double bogeys and three triples.