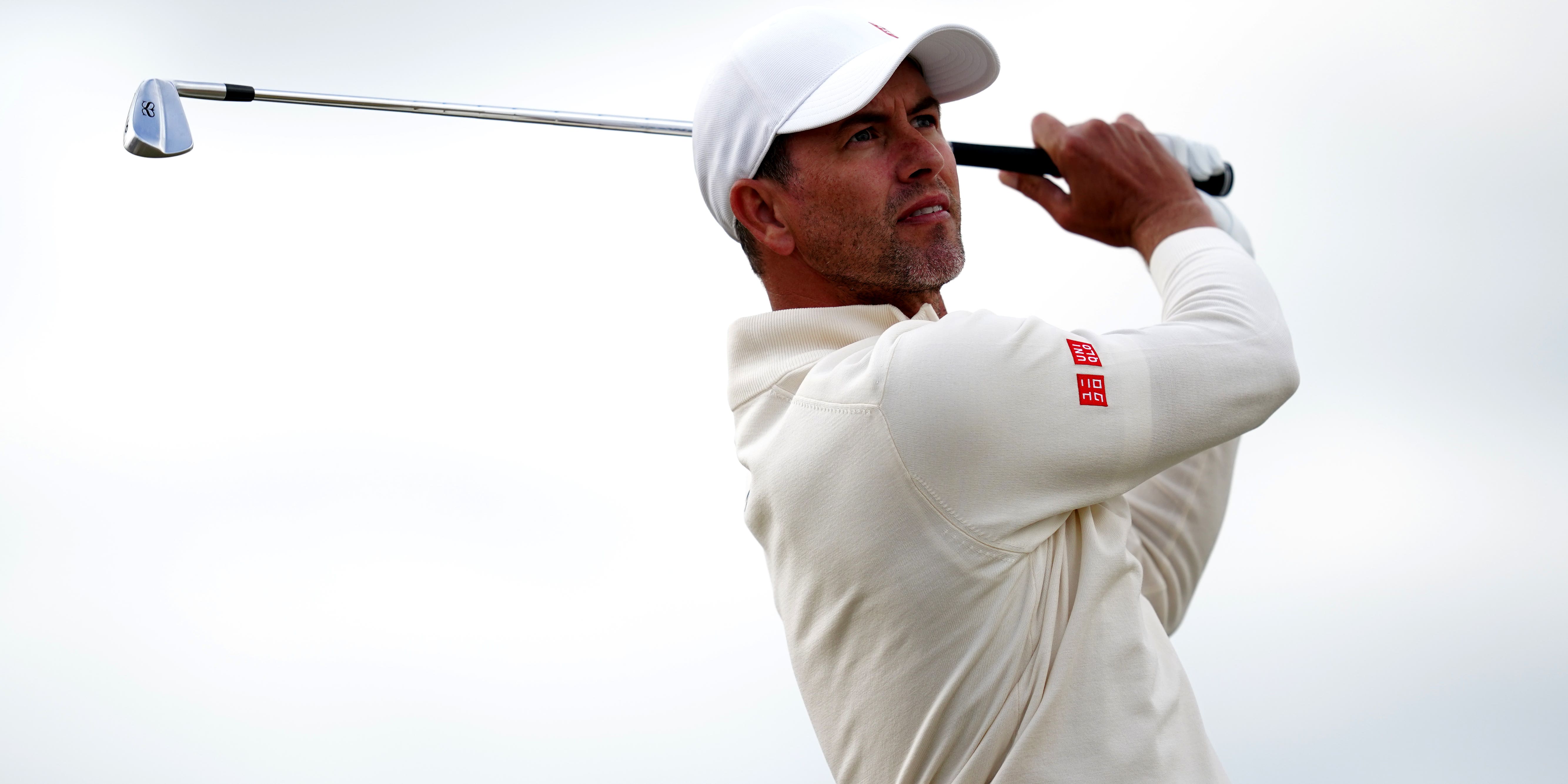 Former world number one Adam Scott has revealed he still has ambitions of completing a career grand slam.

Scott won the 2013 Masters but needs victories in the Open Championship, US PGA and US Open to become only the sixth player after Gene Sarazen, Ben Hogan, Gary Player, Jack Nicklaus and Tiger Woods to have won all four majors.

The 42-year-old, who squandered a four-shot lead with four holes to play in the 2012 Open, said: “I want to fulfil my dreams and goals as a player and time is less and less on my side. I have to do everything I can to make sure I’m giving myself the best chance.

“I wanted to win all the majors. That sounds like a lot, but really it’s three more events. It’s just got to be the right week.

“I have all the tools. I’m still very healthy. I’m still moving the golf ball well and I have a lot of experience. I’m just trying to put it all together. Playing consistently better is going to help that.

“I’m doing everything I can to get that consistency up, like shifting my schedule around a little bit and spending a bit more time in the States next year and doing a little less travel.

“All these things (are intended) to kind of chip away and get myself ready for the events I want to win the most.”

Scott has not played on home soil in three years but is seeking a third Australian PGA Championship title this week in his native Queensland.

Open champion Cameron Smith and Race to Dubai runner-up Ryan Fox are also in the field at Royal Queensland Golf Club and the star trio have been grouped together for the first two rounds.

Fox will hit the opening shot from the 10th tee at 6am local time following a hectic journey from Dubai which included a six-hour stopover in Auckland to drop off his family.

“It’s definitely a blur at the moment,” Fox said. “It still feels a bit surreal.

“Obviously, it’s not on the goals list to finish in the top 10 on the order of merit, to be honest, (especially) after the last couple of years I had where I was probably more trying to keep a card than finish high up.

“I guess the big goal at the start of the year was to get another win and I got that under the belt pretty quickly and that just let everything kind of free roll the rest of the year.

“Arguably there could have been a couple more in there, but it’s pretty tough to win out on any Tour nowadays and to give myself as many chances as I did was great.”

Aside from winning the 150th Open at St Andrews with a stunning final round of 64, Smith also shot a PGA Tour record of 34 under par to win the Sentry Tournament of Champions and also claimed the Players Championship at Sawgrass.

The world number three also won LIV Golf’s event in Chicago after joining the Saudi-funded breakaway and was awarded the Greg Norman medal – given to Australia’s best male or female tour professional – on Tuesday.

“This year’s been incredible,” Smith said in quotes reported by news.com.au.

“I made a really big effort to get in the gym and do all those little one percenters that was going to make me a better golfer. I’m really excited about what I can keep doing. I really want to keep pushing myself.”