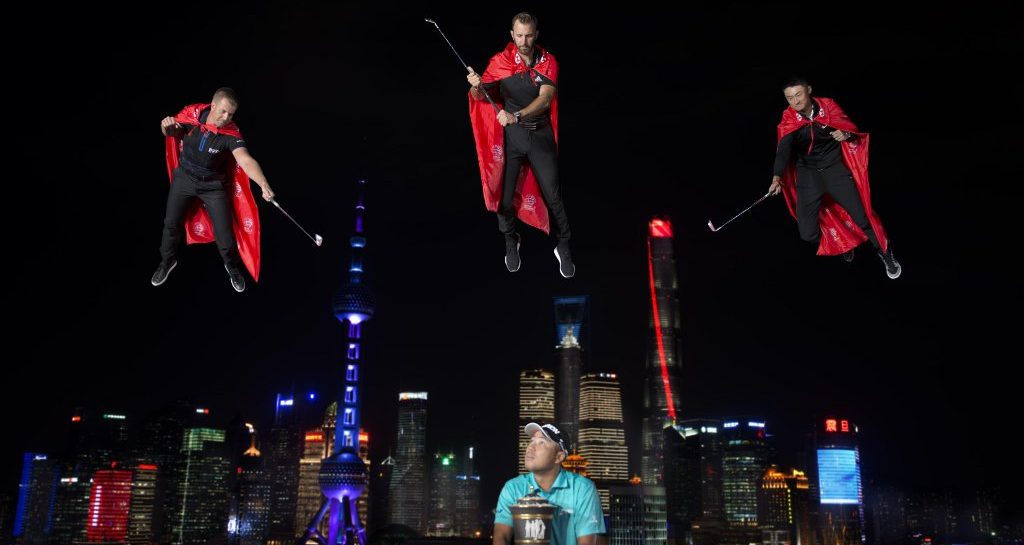 The things golfers will do for their sponsors! HSBC crafted a crazy idea to launch this year’s WGC-HSBC Champions in Shanghai.

Whether World No 1 Dustin Johnson, last year’s runner up Henrik Stenson and local hero Li Haotong really wanted to be suspended in mid-air far above the iconic Shanghai skyline hasn’t been confirmed, but that’s exactly what they had to do.

The stunt took place on the roof of The Peninsula Hotel on Shanghai’s famous riverfront Bund, and was pulled off with the use of metal wires and scaffolding.

Standing below was defending champion Hideki Matsuyama, who looked only slightly less bemused than the players suspended in the air above him.

Henrik Stenson said: “I always like to get amongst the birdies and eagles but never quite like this before!”

Dustin Johnson said: “I’ve heard it said I am on the rise, but this is pretty extreme!”

Thankfully, all the players emerged from the adventure unscathed, though we’re sure they were relieved to be back on solid ground.