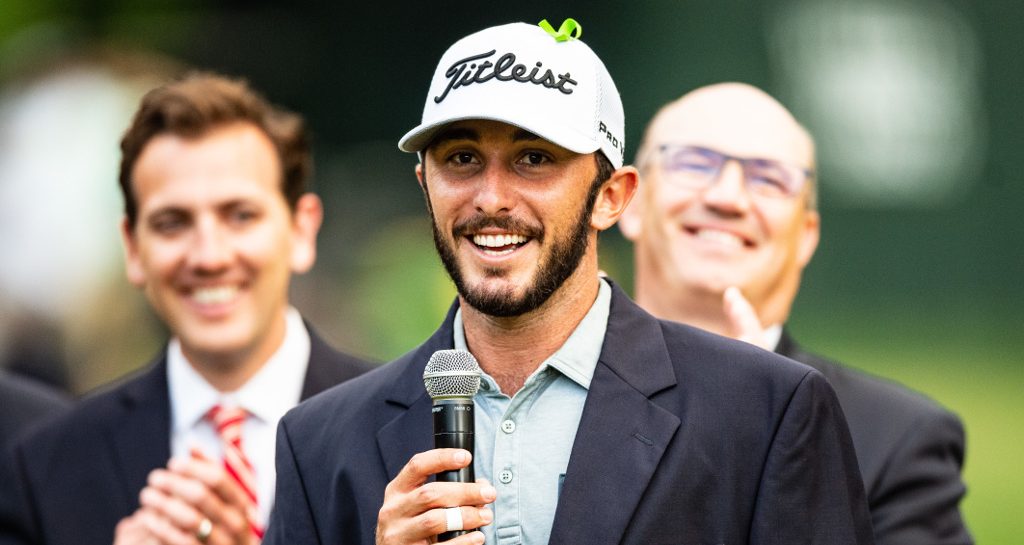 Max Homa admits that prior to his three-stroke win at the Wells Fargo Championship on Sunday, he was known more for his funny tweets than his golfing talent.

Homa had built up a reputation as a very funny guy on the social media platform, telling the San Francisco Chronicle back in February: “I probably have a fairly large fan base compared to what I deserve for my golf.”

But Homa no longer needs to feel uncomfortable about that disparity after his sensational win at Quail Hollow on Sunday.

With a victory under his belt, and two years of playing privileges on tour secured along with a spot in the PGA Championship, he can continue tweeting to his heart’s content.

“It’ll be nice hopefully to be known not just as the Twitter funny guy, but hopefully as a decent golfer now,” he said.

Certainly his followers on Twitter will be hoping he doesn’t stop producing tweets like this now that he’s a big shot on tour:

Had a few caddies hit me up recently hoping to team up. They heard they usually get weekends off which is apparently a great selling point

I don’t think I’d be nervous on the first tee at my first Masters. It’s always been a dream of mine to play that tournament. I’d jump right past nervous and skip straight to violently ill, unfit to be in public

Despite 6 years of Hebrew school and the completion of my Bar Mitzvah, the most Jewish I’ve ever felt came after looking at a home with extravagant Christmas lights and immediately thinking “that electric bill must be brutal”

I don’t use a green reading book because if I did, I wouldn’t be able to blame my caddy when I missed

I’m rooting for Talor Gooch because he’s one of my best friends. I’m also rooting for him because he has a last name that makes me feel less insecure about my own

When u have to walk back to the tee after u can’t find ur ball pic.twitter.com/Swd4WVeOAF