Watch: Thomas’ candidate for shot of the year 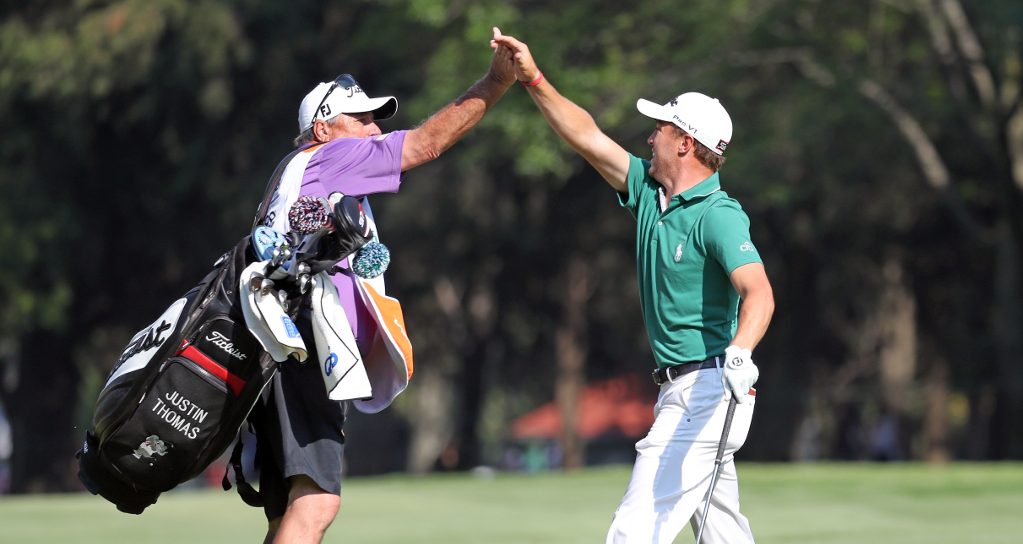 Justin Thomas didn’t win the WGC-Mexico Championship on Sunday, but he did produce a superb eagle-finish that won’t soon be forgotten.

Perfectly positioned in the middle of the fairway after his tee shot, Thomas’ approach from 118 yards landed four yards past the pin before spinning back into the hole:

Golf is supposed to be hard, but the 24-year-old made this particular par-4 look like an absolute doddle.

It was a superb bounceback from the bogey at 17 – although it still wasn’t enough to stop a resurgent Phil Mickelson from picking up his first win since 2013.

What a week.. Easy to be upset about losing the playoff, but can’t believe I even had a chance! Hats off to Phil, dude has grinded his ass off the last few years to be back in the winners circle. Happy for him 👍🏼

Earlier, Thomas had stormed into contention with a course-record 62 on Saturday.

With his performance in Mexico coming just days after his victory at the Honda Classic, Thomas can certainly lay claim to being the hottest golfer on the planet right now – a distinction he also held for much of 2017.