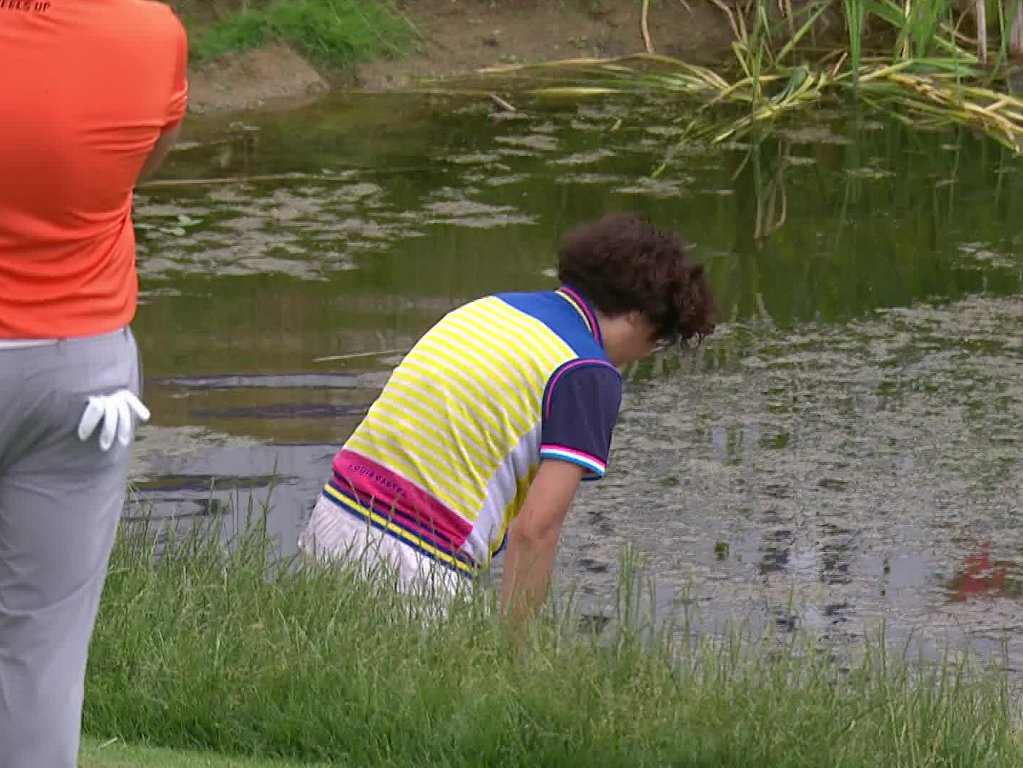 A spectator at the French Open – who later turned out to be golfer Li Haotong’s mother – jumped into a lake hoping to recover her son’s putter, only to discover the club was broken.

The unknown woman waded through the muddy water on the Golf National course as Tyrrell Hatton, Thomas Pieters and the commentators looked on.

Even the players had to laugh 😂 pic.twitter.com/ROHqKmOCXk

She moved forward carefully and collected the club, but then realised it was broken. The moment of her discovery had the players in stitches.

“Absolutely much watch this… priceless… she thought she was getting a nice new club…,” Ian Poulter tweeted.

Absolutely much watch this… priceless… she thought she was getting a nice new club… https://t.co/01rWv9J8tV

SKY TV later revealed that Li Haotong – who was two groups ahead of Hatton and Pieters – was the player who chucked his club into the lake. And the story then took a dramatic turn when it emerged that the woman wasn’t just some random spectator – but Li’s mother!

“I don’t think I’ll ever see a player’s mum trying to rescue a snapped putter from a pond again,” Tyrrell Hatton wrote on Twitter.

Bad day for me but tomorrow is another day!
I don't think il ever see a players mum trying to rescue a snapped putter from a pond again 😂😂😂