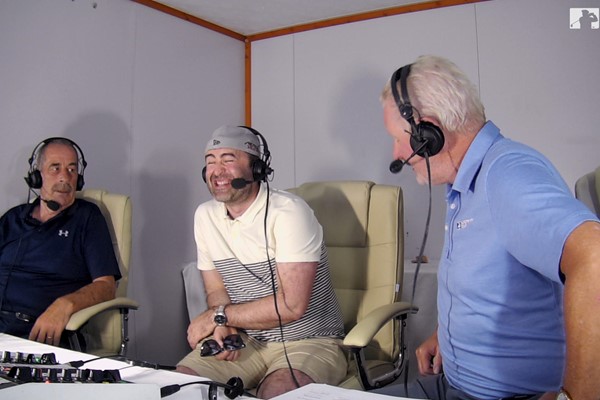 Some pranksters at the European Tour thought it would be a good idea to rope some unsuspecting fans into a pretend commentary gig. They were right.

At last week’s Irish Open, fans were offered the opportunity to go on a behind-the-scenes VIP tour of the TV compound.

In reality, they were being set up in a case of mistaken identity, and would suddenly find themselves in a specially constructed fake commentary box with Dougie Donnelly and former Ryder Cup Captain Sam Torrance, who were in on the joke.

While their commentary wasn’t really going out over the airwaves, they didn’t know that, so the pressure was on.

How did they fare? Watch the video below and find out: