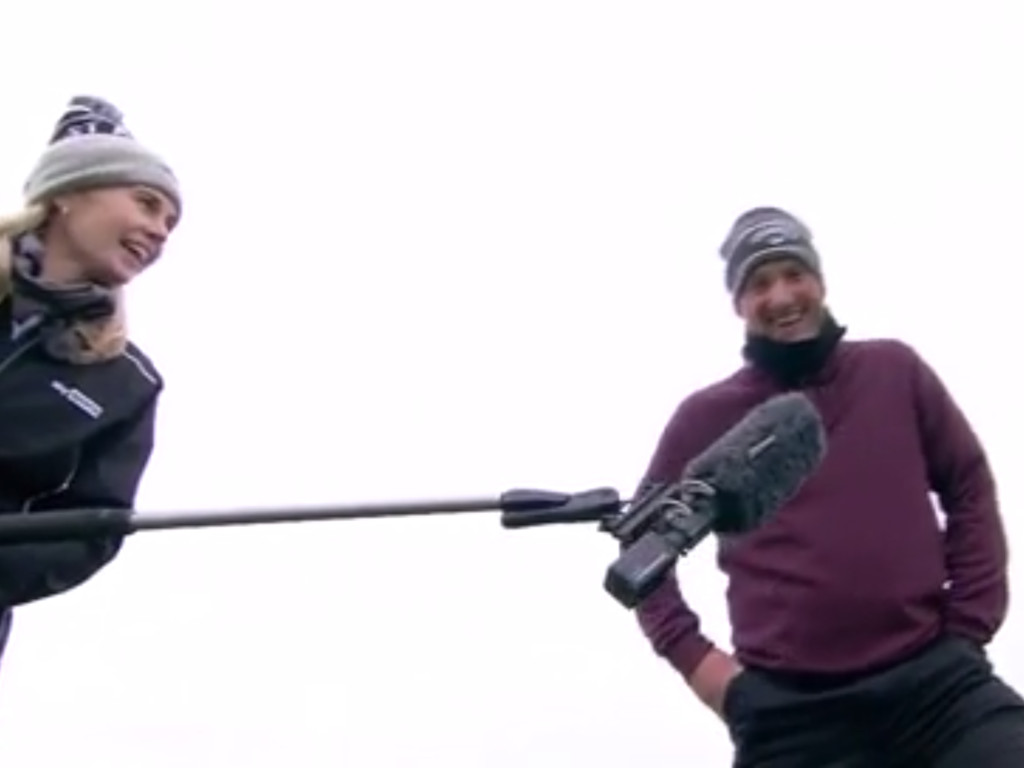 A cameraman took an unexpected tumble on live TV during the opening round of golf’s Scottish Championship!

It’s not easy walking backwards while filming an on-course interview, as one unlucky cameraman discovered at Fairmont St Andrews on Thursday.

“That’s gonna give a couple of people on the TV crew some ammunition,” said the commentators, once they were done having a good laugh at the unfortunate fellow’s expense.