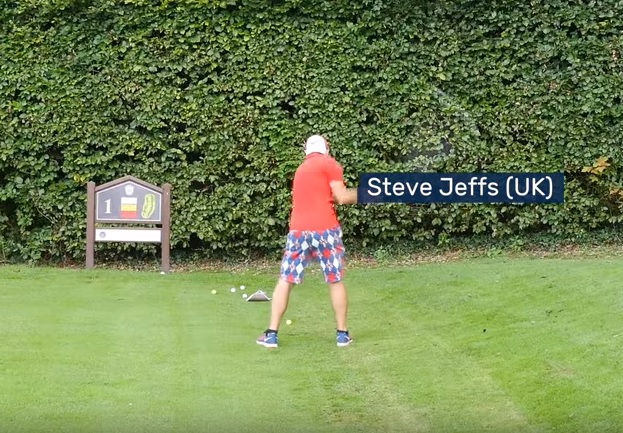 A physical education teacher from England has set the world record for the fastest individual hole of golf.

Steve Jeffs played the first hole at Tiverton Golf Club in 1 minute and 50 seconds to break the previous record of 1:52 set in 2005.

The hole has to be over 500 yards for the attempt to count and while the use of standard golf carts is permitted, Jeffs was committed to running it out.

The achievement took place in August, but footage was only recently published on the Guinness World Records social media channels…

"Following months of sprint training, I was ready to attempt the record officially," said the 31-year-old.

"12 volunteers were on hand to meet the rigorous criteria Guinness requires for record verification. Despite the nerves and the pressure, I set to work ensuring everything was in place; two timers in a buggy, two witnesses, ball spotters, flag tender and baby sitter!"

"After several initial runs, the perfect conditions of no wind and favourable light would soon dissipate. Final Attempt – The drive was a beautiful long straight drive, I held back on the first sprint and took an extra breath, stood over the second shot, connected and hit a shot to the perfect position, just left of the fairway; sat up in the rough around 40 yards out."

"Last chance to hit a decent pitch – I did! It landed in front of the green and rolled out to 5 feet past the pin. A simple uphill putt was left, centimetres from the hole, tap in. Done!"

"There was a moment of suspense, both the timers confirmed 1:50.6 ! Bewildered and relieved, I collapsed in a heap followed by a scrum of celebratory supporters!"