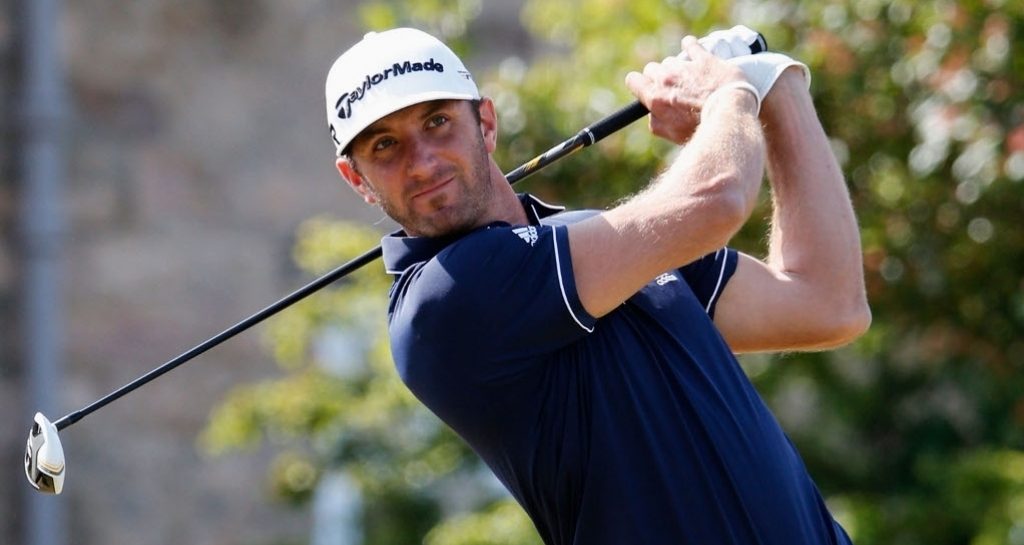 As part of his preparation for this Dell Technologies Championship, World No 1 Dustin Johnson got to have a bit of fun with Jack Nicklaus.

During a practice session at The Bear’s Club in Jupiter, Florida, Johnson got the opportunity to hit a few balls with Nicklaus’ old persimmon driver and 1-iron, clubs the 18-time major champ used regularly during his golden era back in the 60s:

Johnson revealed on Twitter he was able to carry the driver 290 yards and the 1-iron 232 yards:

That’s pretty interesting when compared to Nicklaus, who led the Tour in driving distance in 1968, averaging 276 yards.

It was soon time to put away the old clubs, however, and get to work with his own set, which as you can see below, travel a wee bit further.

Range warm up for @DellTechChamp. Ready for a good week. pic.twitter.com/vY844m7v7M