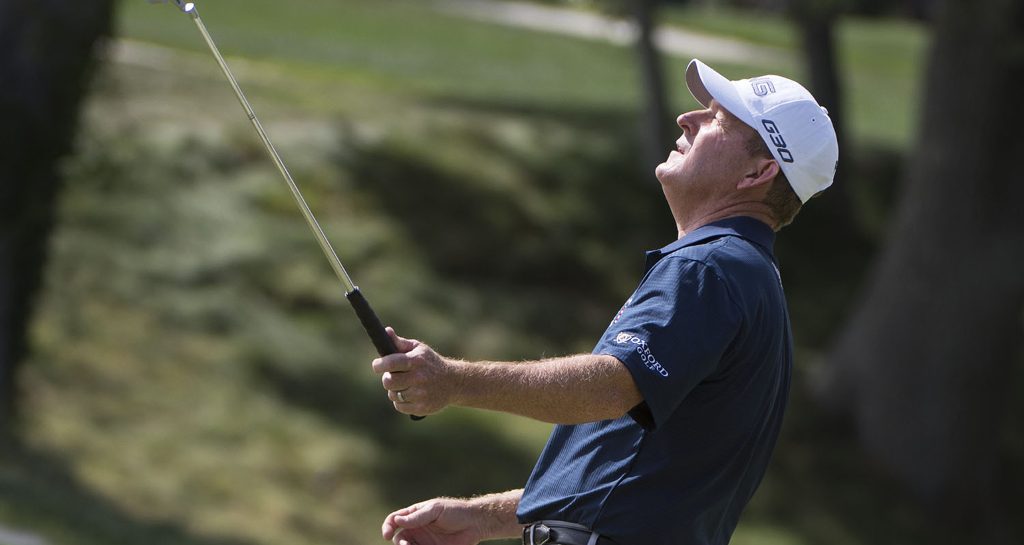 We all know golf can be brutally hard sometimes, and then there are those times when we make it hard on our ourselves.

Maggert found himself on the par-5 18th green looking at a birdie putt from inside 10 feet. He was two-over for his round at that stage, with a great chance to finish strongly.

Instead, things were about to get much, much worse.

From needing just three shots on the hole to get to within 10 feet, Maggert would end up taking five more strokes to get the ball in the hole, ultimately making a triple-bogey eight and finishing up with a 76.

Be advised, the following footage is not for the faint of heart:

Me anytime I have a decent look at birdie (@frankandrus) pic.twitter.com/Pp62kGpcRQ

Thankfully, the story has a much happier ending, because rather than let the incident get him down, Maggert picked himself up, dusted himself off, and returned the following day to shoot an eight-under-par 63.

And he wasn’t done yet either. The 55-year-old then shot a 65 in the final round to finish just one shot shy of making a play-off for the title!

Well done to Maggert for mounting such a hugely impressive fightback and nearly pulling off a victory for the ages.