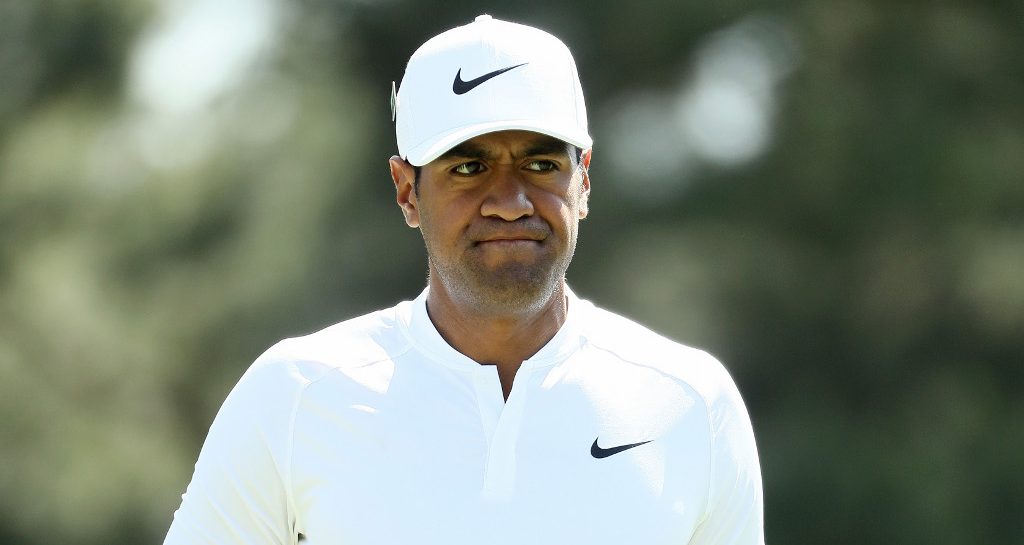 Tony Finau has shown off the gruesome injuries from his hole-in-one celebrations at the Masters.

Finau prompted huge cheers from the Augusta crowd on the eve of the tournament after sinking his tee shot in the par three contest on the seventh.

The world number 34 celebrated wildly, but in his exuberance, he slipped on his ankle and dislocated it, before popping it back into place immediately.

Nothing was going to stop @tonyfinaugolf from playing last week. pic.twitter.com/r5bucNx9KH

The injury didn’t seem to affect Finau too badly when the Masters got underway after the American finished in 10th spot on six under par.

But Finau posted pictures on social media showing the ugly damage of the injury he had to overcome.

The 28-year-old will now rest the injury after deciding to wait until the end of the tournament before receiving medical attention.

What a week 💯 Top 10 in my @TheMasters debut! It was an eventful week!
Hole in One ✔️
Failed Celebration ✔️
Adversity ✔️
2 rounds in the 60s ✔️
2019 Masters invite ✔️
I believe we find out most about who we are through adversity.
Thanks for the well wishes all week! pic.twitter.com/HEHQPZ0CYW