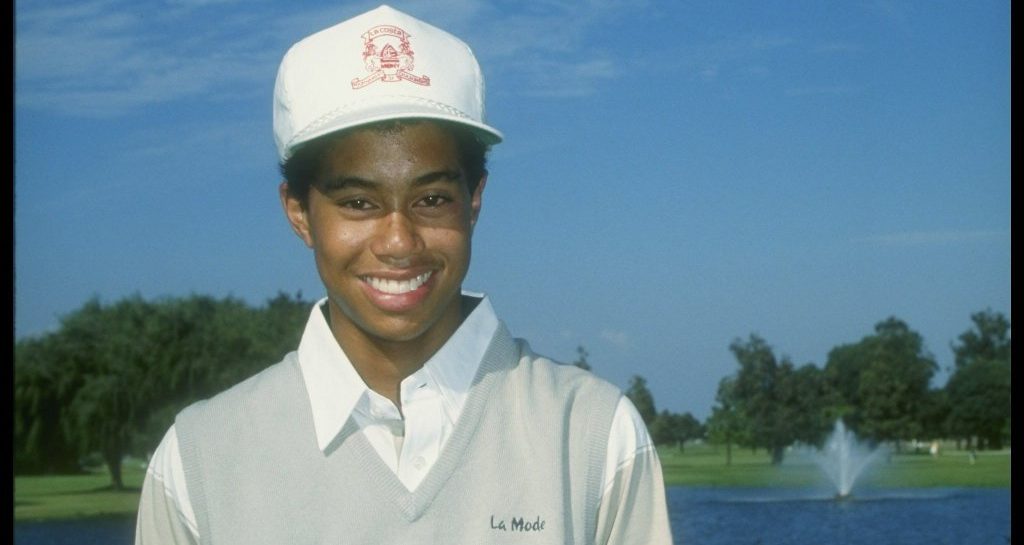 Tiger Woods recently revealed that it has been nearly two decades since his last hole-in-one – and that he made his first when he was only eight years old.

Speaking to a large crowd at a recent golf clinic, Woods recalled the story of his first ever ace, and how he was too small to see the ball going into the cup:

“My first one though… it was at Heartwell Golf Course in Long Beach, California. I was eight years old. I hit it and was too short to see it.

So the ball carries the bunker, it rolls into the hole. Everybody in my group celebrates but me. I can’t see that high. So, one of the guys picks me up, shows me there’s no ball on the green. I’m excited – I run to the green, pick the ball out of the hole and I’m celebrating. And the kids came down and said ‘you idiot, your golf bag’s up on the tee.’ So I had to go back up and get my golf bag.”