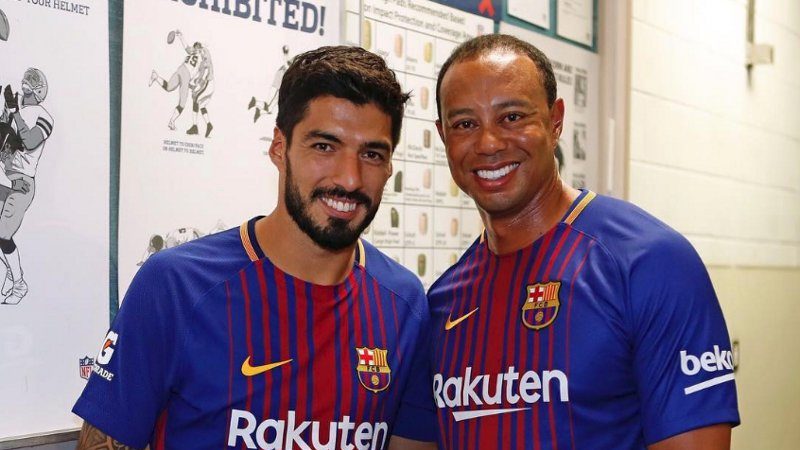 Tiger Woods was able to give his kids a rare treat over the weekend by setting up a meeting with Barcelona stars Lionel Messi, Luis Suarez and Neymar.

The Spanish giants finished their preseason tour of the United States off on a winning note by beating Real Madrid 3-2 in a friendly El Clasico encounter at Miami’s Hard Rock Stadium.

Afterwards, Woods celebrated the victory with the three Barca superstars, and took his kids along for the ride.

Suarez also seemed pretty star-struck at getting the opportunity to meet a 14-time major champion like Woods – a player who in his prime dominated his sport like few athletes have ever done in the past.

“Finishing the tour with victory and a great photo of a great idol!” Suarez said on social media.

Neymar and Woods both shared their own pictures of the iconic meeting too.

Thank you to Messi and Suarez for meeting my kids and their best friends. #ElClasico pic.twitter.com/9PqPQoR6Vb