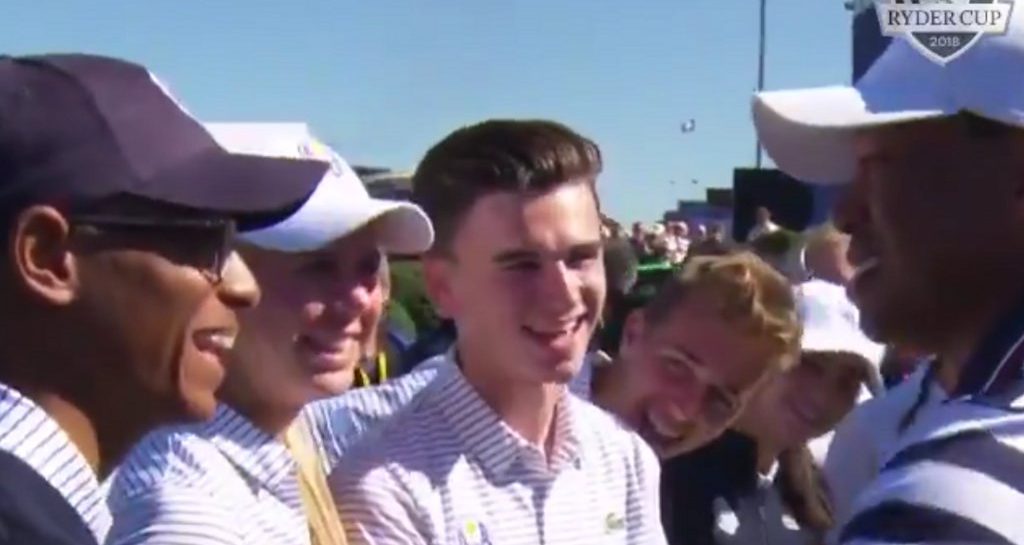 There was a great moment at Le Golf National on Wednesday as one of Europe’s Junior Ryder Cup golfers got to meet his namesake and hero Tiger Woods.

Robin Tiger Williams is a talented young English golfer who played in last year’s British Masters on the European Tour as a 16-year-old.

That’s the same age Woods was when he made his PGA Tour debut at the 1992 Nissan Los Angeles Open.

Robin also went 2-1 in the Junior Ryder Cup as Europe lost by a point to the U.S.

While he may have been disappointed at losing the trophy, Williams will not soon forget the following chat:

Williams was clearly shy and nervous at first, but once someone brought up his middle name, he was able to ease up and share a few words with his idol.

“You’re a big inspiration to me. Thank you very much.”