Tiger Woods: I’ve been in Mickelson’s head for years 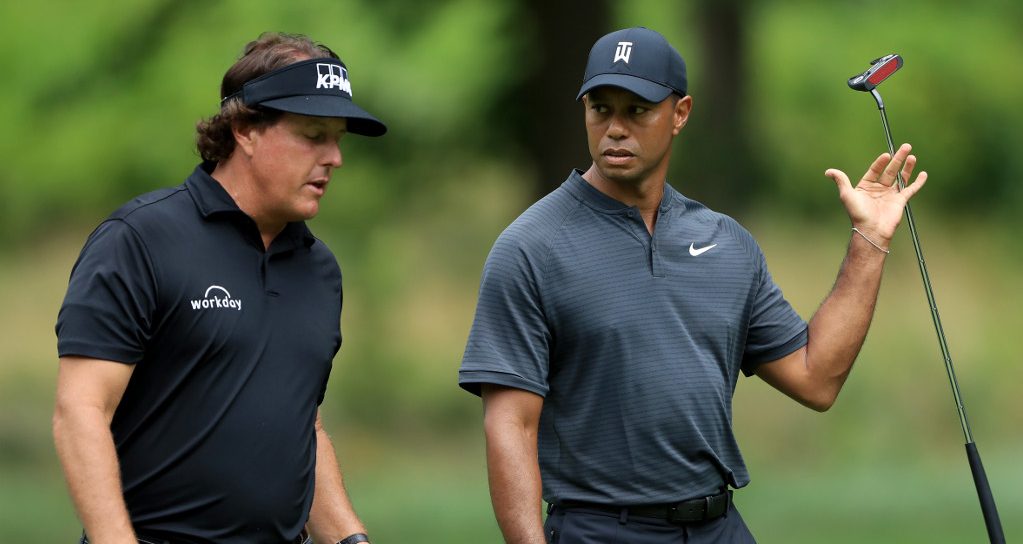 As he prepares to face Phil Mickelson in a head-to-head pay-per-view battle in Las Vegas this weekend, Tiger Woods couldn’t resist having a dig at his opponent’s expense.

Golf is one of the few sports that is generally completely free of trash talk, but Woods couldn’t resist having a little bit of fun when he appeared on the popular ‘Inside the NBA’ show with Ernie Johnson, Shaquille O’Neal, Charles Barkley and Kenny Smith.

Asked by Johnson whether he can get in Mickelson’s head, Woods offered a killer response:

Tiger Woods joins Inside the NBA to preview next week's The Match: Tiger vs. Phil pic.twitter.com/8tgLwXJRBl

“Well I’ve been in Phil’s head for 20-some-odd years. (Laughs) Look at the W totals! That’s just part of the deal. I’ve enjoyed competing and playing against him,” Woods joked.

“There will certainly be some talking involved and some snide comments and trying to get in one another’s head, but at the end of the day he knows who has more W’s.”

Maybe it’s a good thing Woods wasn’t trash talking his way through his golden years when he won his 14 majors – he’s clearly very good at it and some of his opponents may not have been able to recover.