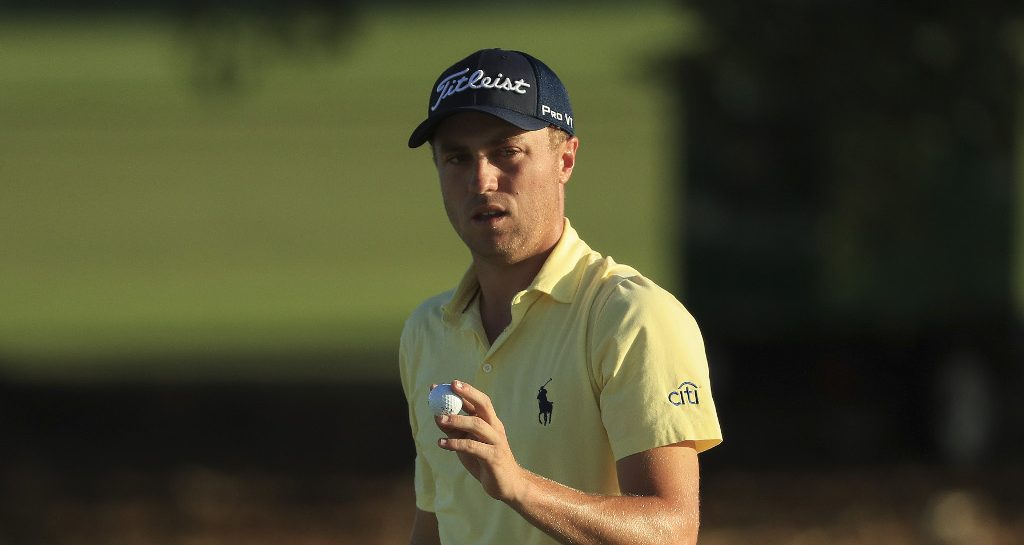 Justin Thomas was in top form as he won the Honda Classic on Sunday, but his play wasn’t the only thing making headlines.

The American made waves on social media for two separate incidents during the final round at PGA National – neither of which had anything to do with the quality of his shots.

TV mics picked up an unusual moment on the 16th hole, when Thomas decided he’d had enough of a heckler in the crowd who was rooting against his shot.

After the spectator yelled ‘Get in the bunker!’, Thomas called for him to be ejected.

A fan yelled “Get in the bunker!” after Justin Thomas’s shot so Thomas quickly had him kicked out and told him to “Enjoy your day buddy” 👀 pic.twitter.com/0NxACneAzT

Thomas could be heard saying: “Who said that? Who yelled for that ball to get in the bunker? Was that you? Enjoy your day, buddy, you’re gone.”

Perhaps it’s not too surprising, considering that Thomas had a full go at the Genesis Open crowds the week before.

“I guess it’s a part of it now, unfortunately,” he said. “I wish it wasn’t. I wish people didn’t think it was so amusing to yell and all that stuff while we’re trying to hit shots and play. I guess they think it’s funny.”

Fan troubles aside, Thomas had some explaining of his own to do after completing his victory.

Those pesky mics were there again to catch him dropping a huge f-bomb after he sunk the winning putt on the first play-off to defeat Luke List.

Thomas later owned up to it and apologized.

There you have it, folks. Thomas had no idea his winning putt would be televised. Perfectly understandable.