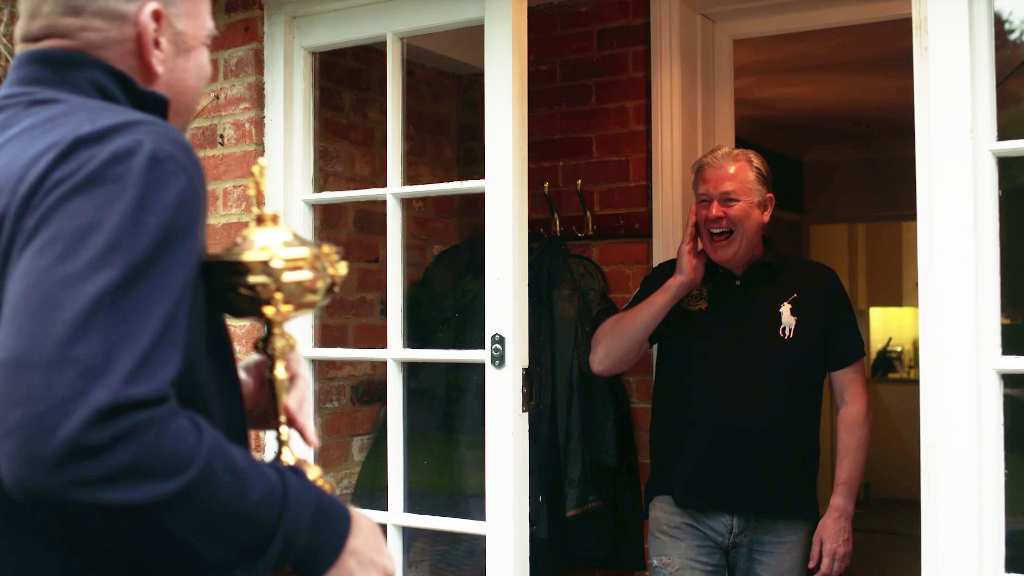 A Ryder Cup fan got way more than he bargained for when European captain Thomas Bjorn showed up on his doorstep.

Stephen Atkinson first got Bjorn’s attention after he wrote a humourous letter to the Ryder Cup captain last week, letting him know he was withdrawing his name from consideration for Team Europe at the 2018 Ryder Cup this fall.

Unbelievable
Where do I go from here?
Stephen, please reconsider @RyderCupEurope pic.twitter.com/eCcYZ3fDDT

Bjorn was tickled by the letter and shared it on social media, and much to Atkinson’s surprise his joke ended up going viral.

Still, even Atkinson had to exclaim “This has got way out of hand!” when he found Bjorn on his doorstep yesterday, holding the Ryder Cup in his hands.

The part-time golfer was then treated to free golf lesson in his own backyard, as Bjorn took a look at his swing:

So the Captain returned the favour… pic.twitter.com/Py3PW92HGL

And to think it all started with a letter.