The players got really bored at the BMW on Sunday 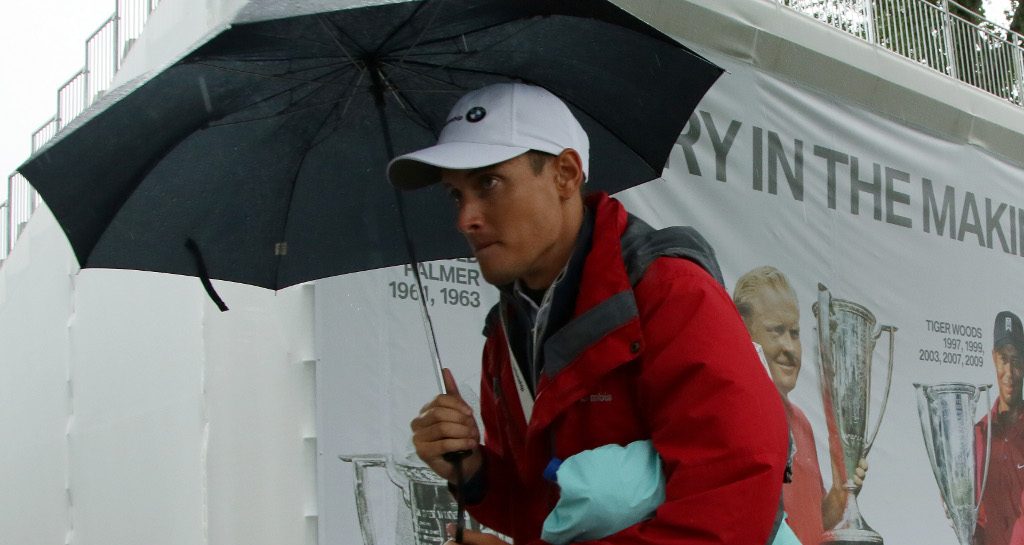 Sunday’s play at the BMW Championship was completely washed out – but not before the players were subjected to endless delays.

Final-round tee times at Aronimink Golf Club were originally moved up to 7am in the hopes of beating the weather – but it only ended up meaning an extra long day of waiting for the players.

The steady drip of bad news from organisers throughout the day ended up driving some of the pros a little stir crazy.

Due to heavy overnight rain, the start of the final round @BMWchamps has been delayed and will not begin before 9:00 a.m. The next update will occur at approximately 7:00 a.m. #pgatour

Due to course conditions and continued rainfall, the earliest tee time for R4 @BMWchamps would be 12:00pm. The next update will be provided at 10:00am. @PGATOUR

The final update of the day will be provided at 2 p.m.

Consider the plight of Ian Poulter. In a few weeks’ time, he’ll be part of the European team contesting the Ryder Cup in Paris, but on Sunday he was playing a frustrating waiting game to play a round that would be of little consequence.

With no chance of making the top 30 in the FedEx Cup standings who go on to contest the Tour Championship, Poulter would no doubt have loved to finish up his final round and wrap up his 2017-’18 PGA Tour season – but no such luck.

Poulter’s Instagram feed documented his slide into insanity for the whole world to see.

This is what the rain delay has done to us… @bmw_golfsport office having a laugh.. 😂😂😂😂😂 “Watch ya Mouth”

Shortly after this video the PGA Tour finally confirmed at 2pm that play was called off for the day, putting everyone out of their misery.

The only problem? There’s a 70% chance of more rain on Monday.