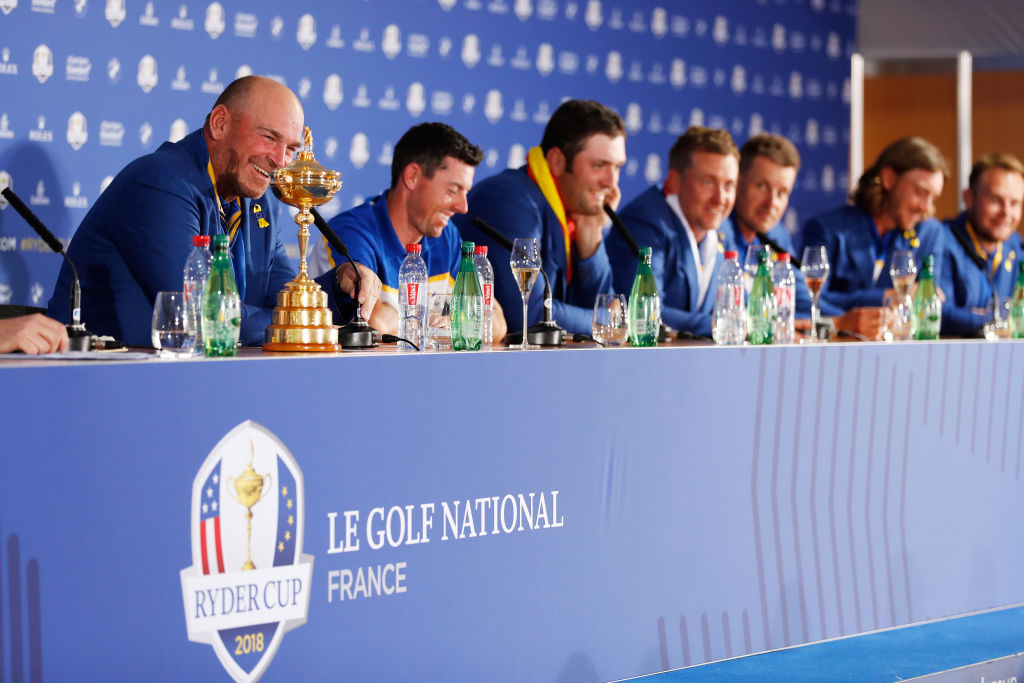 Europe’s victorious Ryder Cup players wasted no time in seeking out an American journalist following their crushing win in the Ryder Cup.

In a column last year Golf.com journalist Alan Shipnuck predicted the USA would win easily in Paris and then go on to dominate the biennial battle for years to come.

Rory McIlroy was first to remind Shipnuck of his article during Europe’s press conference following their huge 17.5-10.5 victory.

“We’ve known each other for a long, long time and we get along well,” replied McIlroy when asked about Europe’s team spirit.

“I think collectively, we all have one question: Where is Alan Shipnuck?”

There were also louds cheers from the 12-strong winning team when Shipnuck was chosen to ask a question to Europe’s star player Francesco Molinari.

To his credit, Shipnuck took the ribbing in good nature, and later tweeted several responses to fans

Buttttt, don’t forget it was a long-term prediction so we need at least another decade to assess its validity. Gawd help us all.

Sixth row in the press conference, and I raised my hand and took the deserved hazing from the whole team. The European players are great fun – they've always understood that my column was a bit of cheekiness. https://t.co/ETgBjrCDpC

.@IanJamesPoulter spent the whole press conference winking at me while taking sips. I nabbed his champagne glass as a souvenir. Let me state for record this Euro team was amazing and they richly deserve the Cup. Cheers.

Which earned him the praise of lots of fans.

You dish it out you gotta take it, too. https://t.co/TStIKDdHsN