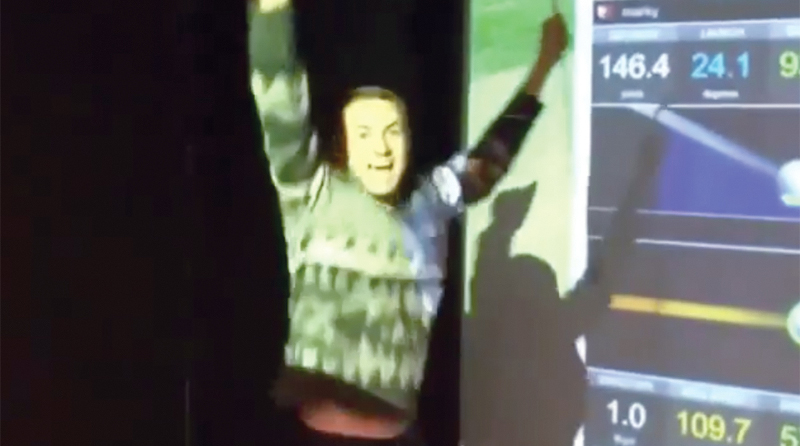 How have you been spending your holidays?

If it’s anything like Jordan Spieth and Tiger Woods, you’ve mastered a golf simulator, or caught a couple of gigantic fish in the ocean.

Spieth is currently on vacation with fellow American pros Justin Thomas and Rickie Fowler and several other friends. Not having played enough golf throughout the year, they obviously headed indoors to test out their skills on a simulator.

Watch as he nails this shot straight into the hole, before he and his buddies go absolutely bonkers.

Then there’s Tiger Woods, who celebrated his birthday on December 30 by going spearfishing and catching two rather large specimens he assures us are called a “cobia” and an “amberjack”.

Happy birthday to myself 🙂 Nothing like shooting a cobia and an amberjack. pic.twitter.com/fqff602bk3

Woods has history with this sort of thing – several months ago he showed off a picture of an uncomfortably large lobster he had apparently fished out of the ocean:

Nothing like free diving with the kids for lobster at Albany. pic.twitter.com/QgdvrMYnPX

Just your every day, run-of-the-mill holiday activities for these two.