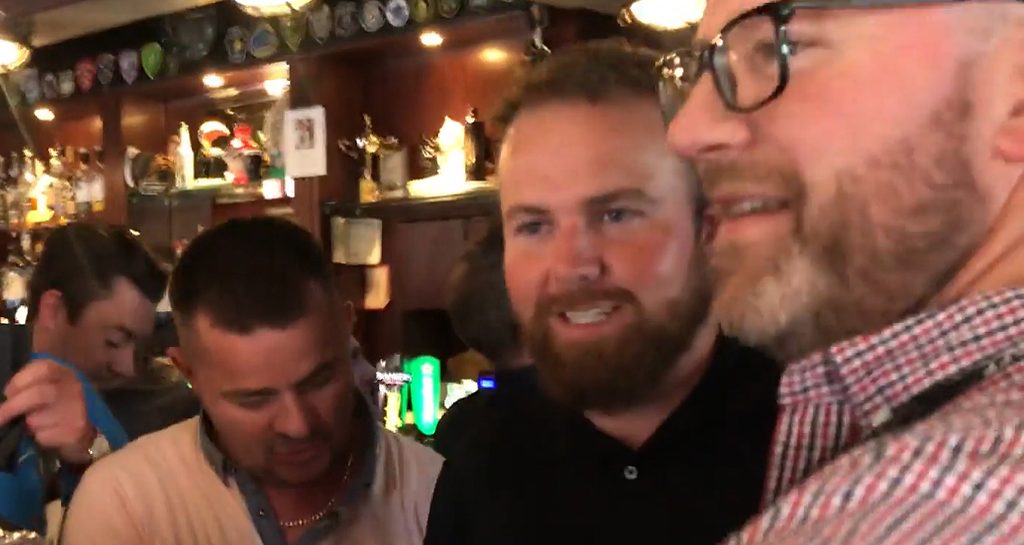 An epic celebration was on the cards after Shane Lowry’s magnificent six-stroke victory in the Open Championship on Sunday, and the Irishman and his mates certainly delivered.

Shortly after the win, one of Lowry’s friends told GolfChannel.com that once the crew left Royal Portrush, they were heading straight to Dublin.

By about 9pm, Padraig Harrington had confirmed that Lowry and his entourage had already finished the beers in the players lounge, so it was time to move on.

They’ve already drank all the beer in the players lounge. That won’t happen in Bar 37 Dawson street later. https://t.co/3TDzu6TwAR

The party headed to 37 Dawson street, as Harrington had revealed, and judging by some of the clips of the evening, a great time was had by all – Lowry included.

At one point, Lowry and his mates can be heard singing along to “Fields of Athenry,” as the champion holds the claret jug in one hand and a pint in the other.

A fitting celebration, and doubtful to be Lowry’s last time inside a pub this week.