Sergio teams up with pro to recreate childhood photo 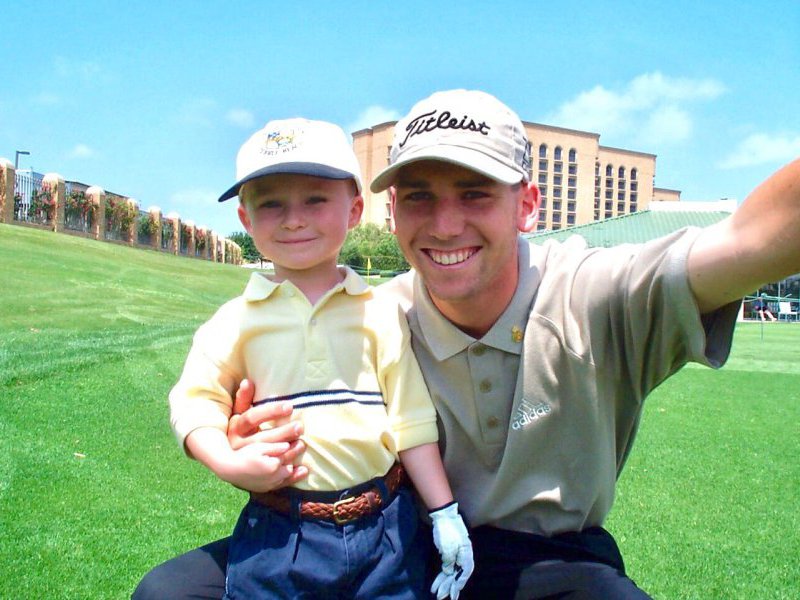 Sergio Garcia may only be 37 years old, but he got the opportunity to recreate a great moment with a fan-turned-professional that happened 18 years ago.

Way back in 1999, a then 18-year-old Garcia posed for an adorable picture with a young Canadian fan named Austin Connolly:

Cut to 18 years later, and Connolly has now entered the professional ranks as a golfer himself – and found himself paired with his old hero at the Italian Open.

The duo decided to recreate that old picture:

And they discussed the moment afterwards: