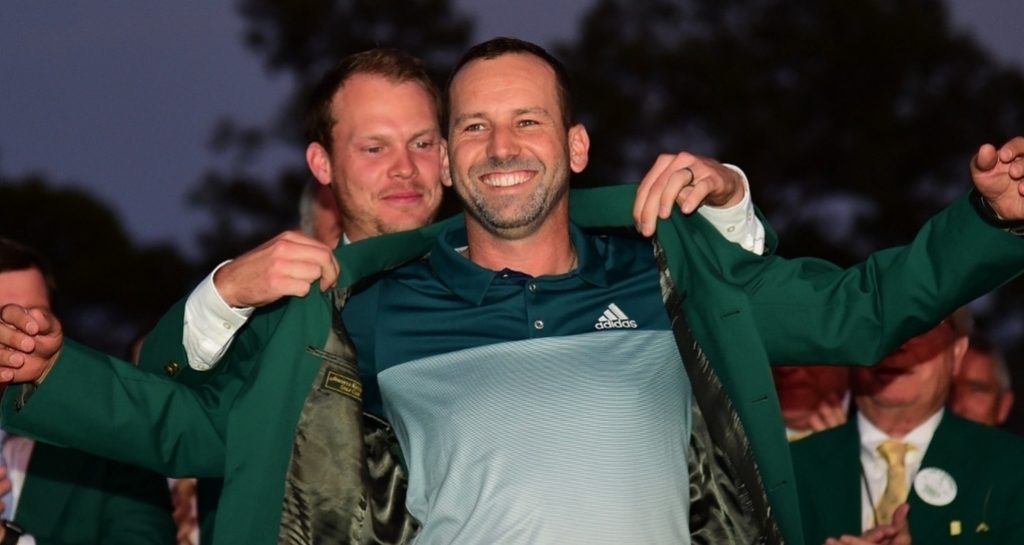 Sergio Garcia’s wife, Angela, gave birth to their baby daughter on Wednesday and the married couple have named her Azalea Adele – that should ring a bell.

On Thursday morning, Garcia confirmed via Twitter that his baby girl had been safely delivered.

Beautiful Azalea Adele Garcia was born on March 14 at 1:54am. So proud and impressed with my wife @TheAngelaAkins and the way she handled the pregnancy and delivery! Love you both so much😍😍 pic.twitter.com/IGu1tV1QlA

The name is an interesting one. Azalea is of the course the plant that Augusta National, the scene of Garcia’s first and only major victory, is famous for.

However, while the Spaniard’s most recent memories of the track in Georgia are entirely positive, it wasn’t too long ago that he was highly critical of the very same layout.

"It's too tricky, you get mud balls in the middle of the fairways."

Asked how he'd change it, Garcia replied: "I don't care, they can do whatever they want. It's not my problem. I just come here and play then go home."

Fast forward to 2013 and he was equally condemnatory.

"Well, obviously it's not my most favourite place," he said.

"But you know, we try to enjoy it as much as we can each time we come here."

Lets just hope he plays the 13th hole at Augusta (which is called Azalea) well for the rest of his career.