Quick hits: Boxers and briefs at the Zurich Classic 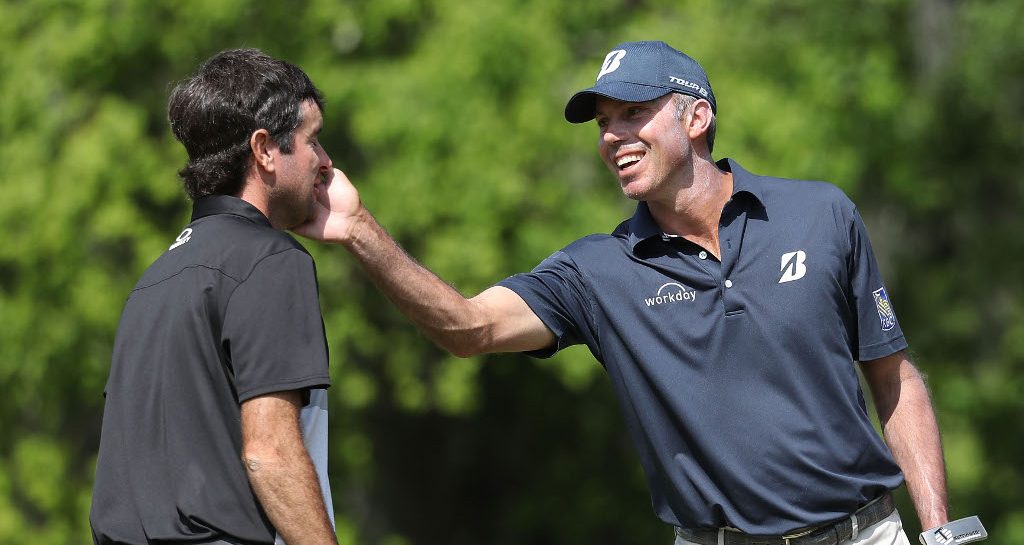 Justin Rose stripping down to his underwear? Bubba Watson and Matt Kuchar trading blows? It’s all happening at the Zurich Classic.

Since becoming a team event, the PGA Tour stop in Avondale, Louisiana has become a more laid back affair, one where the players can have a bit fun and enjoy having a partner in crime along for the ride.

Just ask Bubba Watson and Matt Kuchar, who have been celebrating their birdies in a fairly unusual way: by slapping each other.

So @BubbaWatson and Matt Kuchar had a unique way of celebrating their birdies on Thursday.

Now that’s something you’re unlikely to ever see at Augusta!

And here’s another: Justin Rose stripping down to his boxers to play a shot.

Following in the footsteps of another famous European golfer, Henrik Stenson – who also happens to be his playing partner this week – Rose decided to take his pants and brave a water hazard to try and salvage his lie.

Take off the trousers. Hit the shot. 💦🏌#QuickHits pic.twitter.com/tR0U9LIqGg

We’re not sure if it was Henrik Stenson who gave him the idea. Here’s to hoping Stenson’s next playing partner is Scarlett Johansson.

The players haven’t been the only one enjoying TPC at Louisiana this week.

The alligators who call the course home get to enjoy it the whole year round, and some of them don’t take kindly to having their afternoon siestas interrupted.

When Talor Gooch’s ball ended up too close to one of the sunbathing reptiles for comfort, a rules official tried to get it to move by tossing a bunker rake at it.

Well, it turns out alligators aren’t scared of bunker rakes at all. In fact, some seem to have a hard time distinguishing between one and lunch.

Turrr boy afraid to scare off gator and old rules dude can’t toss a rake worth a . . @Zurich_Classic pic.twitter.com/lQGFBlA1id

"I like my life. I like it with all my limbs. So I stay away from those things."
– @TalorGooch