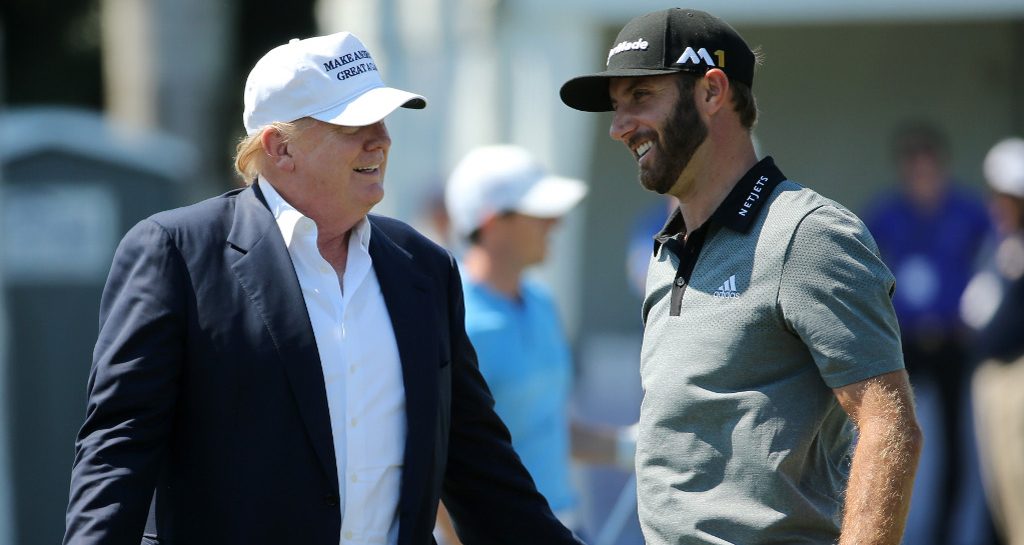 Dustin Johnson had one particularly high-profile congratulator after his impressive five-stroke win at the WGC-Mexico Championship.

Johnson’s victory was his 20th on the PGA Tour, and it did not go unnoticed by the man holding the highest office in his native country.

Congratulations to @DJohnsonPGA on his 20th PGA Tour WIN,” wrote President Donald Trump. “Not only is Dustin a truly great golfer, he is a wonderful guy. Big year ahead for Dustin!”

Congratulations to @DJohnsonPGA on his 20th PGA Tour WIN. Not only is Dustin a truly great golfer, he is a wonderful guy. Big year ahead for Dustin!

And Johnson was quick to thank Trump for the congratulations.

“Thank you Mr. President. Always appreciate your support,” he replied.

As you can imagine, the president taking time out from running the country to congratulate a golfer on a victory went down about as well with the majority of Twitter users as you’d expect.

Speaking of golf, remember when Tiger and Jack gave you an atomic wedgie on your own golf course 😉 pic.twitter.com/oUJFH5YYq6

Oh, did we flip the channel to ESPN this morning during Executive Time? pic.twitter.com/gnFt0r67qv

With all the golfing you do on the taxpayers dime, one would think you would be in the top rankings of golf. What happened? Too much executive time?