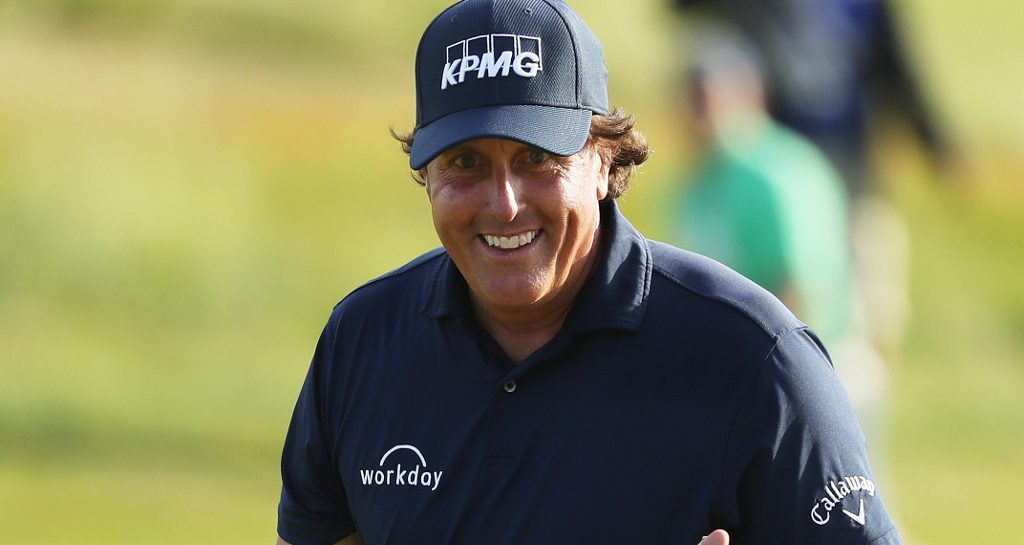 Phil Mickelson and his business partner, Steve Loy, have announced a deal to open 30 Reis & Irvy’s stores in San Diego.

For the uninitiated, Reis & Irvy’s make custom yogurt orders, but the catch is the orders are put together by robots, who assemble different yogurt flavors and toppings while you watch.

“Reis & Irvy’s-branded signature robot characters of the same name can dispense servings of frozen yogurt, ice cream, gelatos and sorbet topped with a selection of six delicious toppings in under 60 seconds,” the company boasts.

Mickelson seems convinced robot servers are the way of the future, and who are we to argue.

“I’m absolutely thrilled to be part of such transformative industry change,” he said.

“I’ve pushed boundaries my whole career and that mind-set carries over into the business world.”

Mickelson was certainly pushing boundaries at the US Open last week, where his decision to hit his ball while it was still moving during the third round caused a lot of controversy.