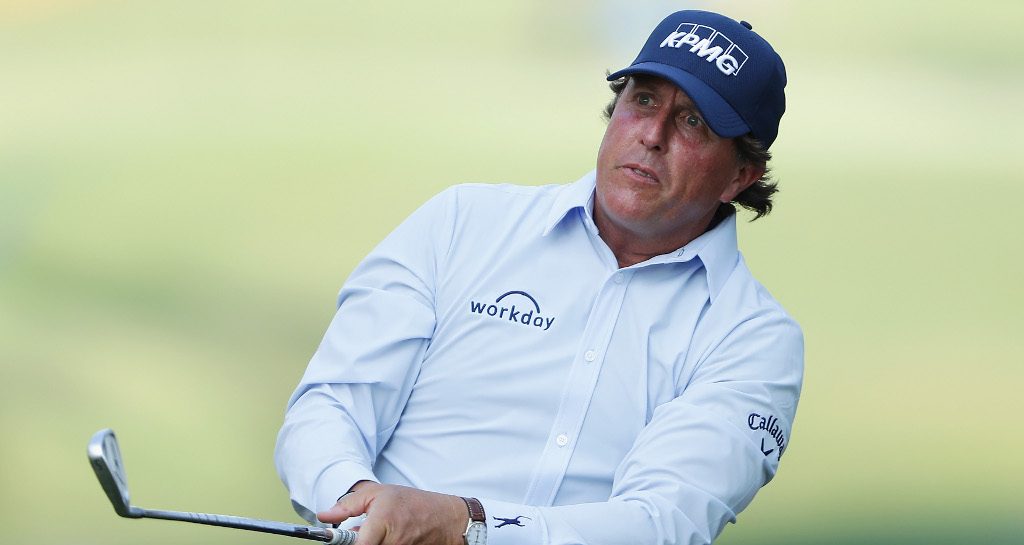 All eyes were on Phil Mickelson for Thursday’s opening round of the Players Championship, but it wasn’t because of his performance on the course.

Mickelson struggled to a seven-over-par 79 that left him 139th out of the 144-man field, but it was his unusual attire that really drew headlines.

The American headed out for his first round wearing a buttoned down dress shirt that had everyone talking.

It made for a tough old day out there for Mickelson. His golf game was nowhere to be seen, it was really hot out there to be wearing long sleeves, and fans heckled him relentlessly over his shirt.

85 degrees but Phil Mickelson out there in a long sleeve button down shirt pic.twitter.com/uFJ0AljtxK

Turns out Mickelson is wearing the shirt on behalf of a sponsor. According to ESPN, he agreed to wear Mizzen+Main performance dress shirts in exchange for a stake in the company and an endorsement deal.

“This stuff is stretchy. You don’t even know it’s on,” said Mickelson after his round. “It’s very comfortable. So I actually really like it. I think nobody does kind of slightly overweight middle aged guy better than me, and this says exactly who I am. I don’t know what to say. I’m really happy with it. I think you shouldn’t knock Mizzen+Main until you try Mizzen+Main. It’s the best stuff out there.”

That’s quite a sales pitch, but something tells me this particular fad isn’t going to catch on.

Truth be told, you’d have to pay someone to wear it.

Phil looks like a guy who’s gonna check my place for termites and then give me a detailed estimate.
(I’m his 5th stop of the day) pic.twitter.com/3hliNYzHz9