Michelle Wie to tie the knot with son of NBA legend 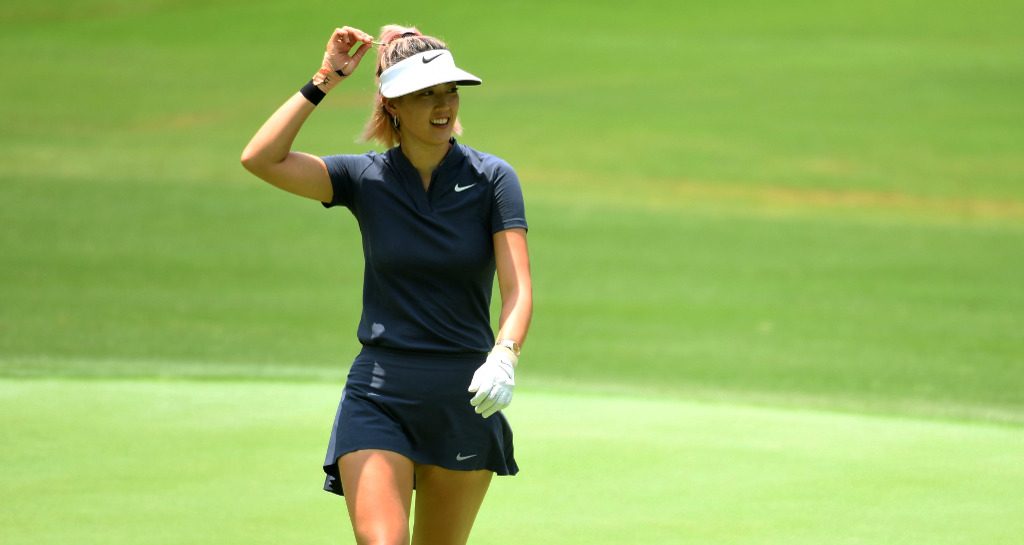 Michelle Wie took to social media on Sunday to confirm her engagement to Jonnie West, a Golden State Warriors executive and the son of NBA legend Jerry West.

Wie shared the news on her Instagram, posting three photos with the caption: “My person for life!!!!!!!!! #WieGoesWest @jonniewest4.”

Wie, 29, and West, 30, went public with their relationship in January, so it hasn’t taken West very long to pop the question.

While things are clearly going very well for Wie off the golf course, she has had a fair share of adversity to deal with on it.

The 2014 U.S. Women’s Open champion recently made her comeback from wrist surgery, but was forced to withdraw from last month’s HSBC Women’s World Championship after 14 holes due when the injury flared up again.

Can’t wait to spend 999 more Valentine Days with you ❤️