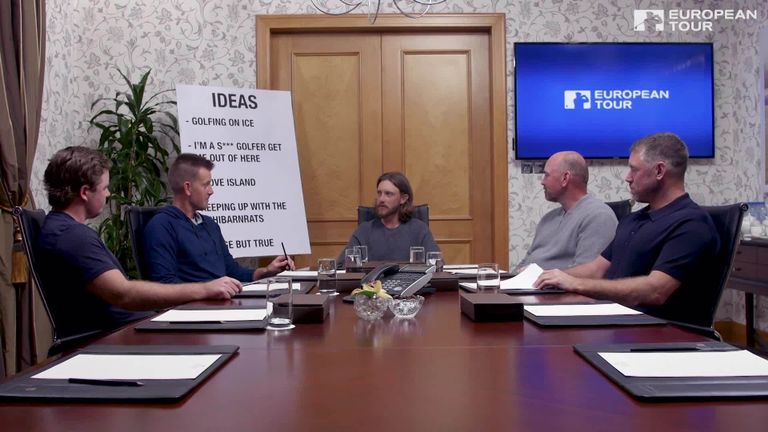 Did you know that Henrik Stenson, Thomas Bjorn and Lee Westwood are all part of the European Tour’s Content Committee, dedicated to coming up with the best viral video ideas?

At least, that’s the premise of a hilarious new video released by the European Tour.

Stenson, Bjorn and Westwood are joined by fellow European stars Tommy Fleetwood and Eddie Pepperell as the group try and brainstorm suggestions for viral videos.

Apparently the lads are fed up with being asked to take part in various sketches by “media types”, and would rather come up with their own ideas.

“Glove Island”, “Keeping up with the Aphibarnrats” and “Golfing on Ice” are just some of the winning ideas being bandied about.

Stenson, meanwhile, is more in favour of cats playing pianos, delivering his suggestion in a flawless dead-pan style.

Not all the ideas were winners, however.

As Pepperell put it: “I just think I’m a little ahead of my time, which is, I suppose, true of all great thinkers.”

Watch the hilarity unfold below: