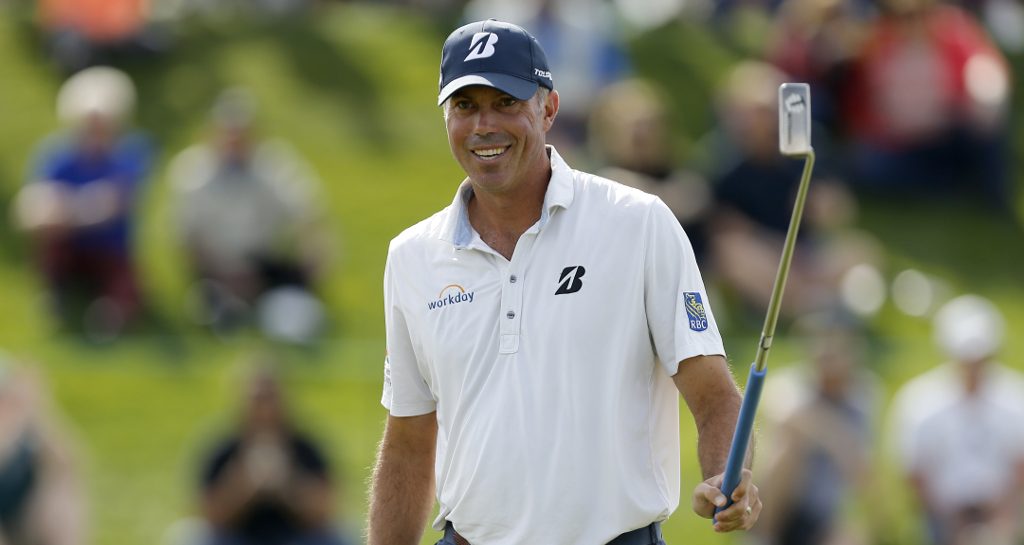 Matt Kuchar couldn’t resist having a bit of a laugh at Bryson DeChambeau’s expense at the Phoenix Open on Thursday.

DeChambeau’s ‘scientific’ approach to the game of golf has been generating plenty of chatter over the last week, prompted in part by a pretty extraordinary clip of his rather ponderous but precise pre-shot routine at last week’s Dubai Desert Classic.

The clip sees Bryson and his caddie analyze air density and adjusted distance for well over a minute before he finally hits a 126-yard approach onto the green.

While any mocking of DeChambeau should take into account the incredible amount of success he has enjoyed over the past 12 months, it hasn’t stopped the likes of Brooks Koepka taking an indirect swipe at his slow play, or indeed Kuchar from doing his best DeChambeau impression.

Of course, Kuchar never references DeChambeau directly, but who else could he be referring to when he cites “electromagnetic pulses” for his ball’s spin?

Well played Matt, but Bryson’s still laughing all the way to the bank.