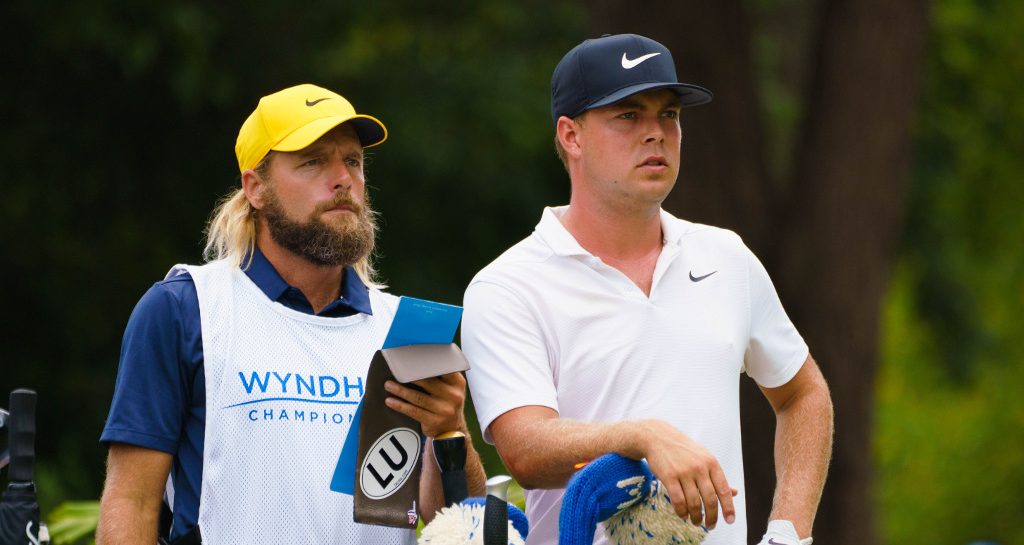 Honda Classic champion Keith Mitchell’s profile certainly rose after his performance this weekend, but his caddie Pete Persolja is threatening to steal some of the limelight.

With Mitchell getting plenty of TV coverage during Sunday’s final round, eagle-eyed viewers noticed that his caddie bore more than a passing resemblance to Adam Sandler’s caddie in the much-loved sports comedy Happy Gilmore.

And that wasn’t the only comparison going around:

It didn’t take fans long to discover Persolja’s Twitter account, and it turns out he actually is quite a character.

His Twitter bio reads, “Caddy version of Bear Grylls. Organic everything. Bought my car/house for $100. I only shower under waterfalls.”

Many of Persolja’s tweets are also a laugh riot.

While I appreciate the gesture of the @pgatour giving me a health insurance stipend I assure you that won’t be necessary. I have never had so much as a hang nail. I cleanse my body by drinking from natural springs and hanging upside down from tree limbs.

A great thing about having long hair is how versatile it can be. I have 3 different styles. Middle part, left part, and right part.

Middle- For running or wearing a hat aka “Exercise Pete”

Left- For road trip cruising aka “Windows down Pete”

Right- For dates aka “Formal Pete”

Rain delay here in Lafayette. Really wish I had my kayak with me, creek on number 3 starting to show some rad lines.

Anyone know where I can wrestle a gator this week? Is gator wrasslin' legal here @LouisianaGov?

But while some were having a giggle at Persolja’s expense, it’s safe to say he had the last laugh.

I’m not good at math what is 10% of this? pic.twitter.com/BvbzAQEHc3