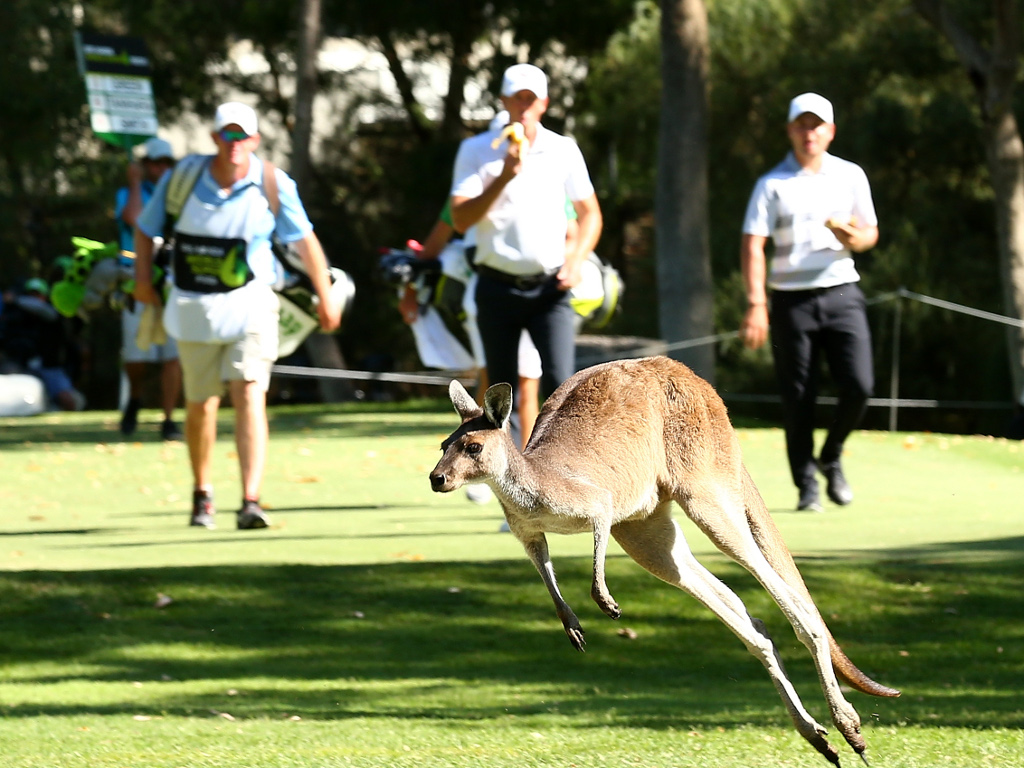 Here’s one you probably haven’t seen before – a kangaroo, on a golf course, transfixed by a flagstick.

It’s no surprise that this particular incident took place at the Noosa Golf Course in Australia.

A totally wild kangaroo wandered onto the course, which is when Bettina Hammant pulled out her camera and captured the following footage:

A ‘dancing’ kangaroo, mesmerised by a flag, has delighted golfers in Queensland. #9News https://t.co/XMt4d82S6M pic.twitter.com/r6YJNoHEOR

“He hopped across the field to the flag and did his little dance,” Hammant told Nine News Australia.

There may be an explanation for this strange incident, however. It’s mating season for kangaroos, and this particular one is a young male.

So there you have it folks, possibly the first documented case of a kangaroo flirting with a flagstick.

By the way, this is the second bit of kangaroo-related golf news that’s broken this month. That has to be some kind of record.