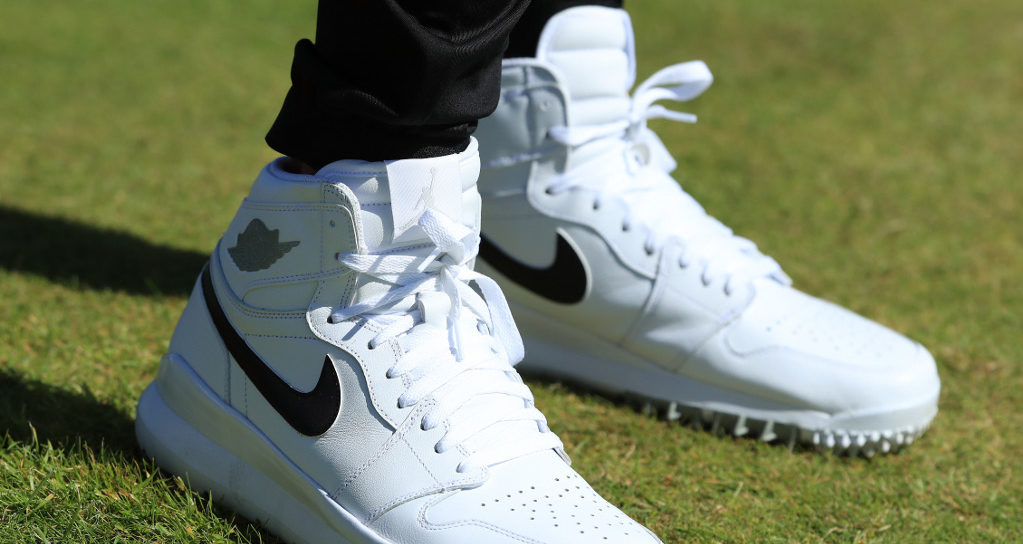 The internet had a field day with Jason Day’s choice in shoes at the Open Championship on Thursday.

It didn’t take long for eagle-eyed viewers to notice the former World No 1 was sporting some pretty flashy footwear for the opening round at Royal Birkdale.

Day was wearing Nike’s new hightop golf shoe, and it certainly was not greeted with universal approval.

In fact, people hated them.

Man walked on the moon 48 years ago today which is also the only explanation for what Jason Day is wearing at #TheOpen pic.twitter.com/yuuHs9NzOi

Per the Telegraph, Jason Day's "hi-top trainers" are "purist-defying" and "protecting his multi-million dollar ankles in the process". #okay pic.twitter.com/SyZ70eJkb7

@JDayGolf expected to up his shoe game for Saturday's round… #TheOpen
The madness has to end. pic.twitter.com/LdlYDJRt5N

jason day is dressed like those annoying 14-year-olds who sit behind you at the movies and giggle the entire film pic.twitter.com/tv2ZvZxbnO

Busy schedule for @JDayGolf. 1st round of #TheOpen , then it's off to 1985 to film a cameo in an LL Cool J video. #Nike #wordtoyourhitops pic.twitter.com/ppXst8Hh7i

At least the shoes didn’t appear to put Day’s off his game. The Australian opened with a solid one-under-par 69 to put himself in contention for a second major title.