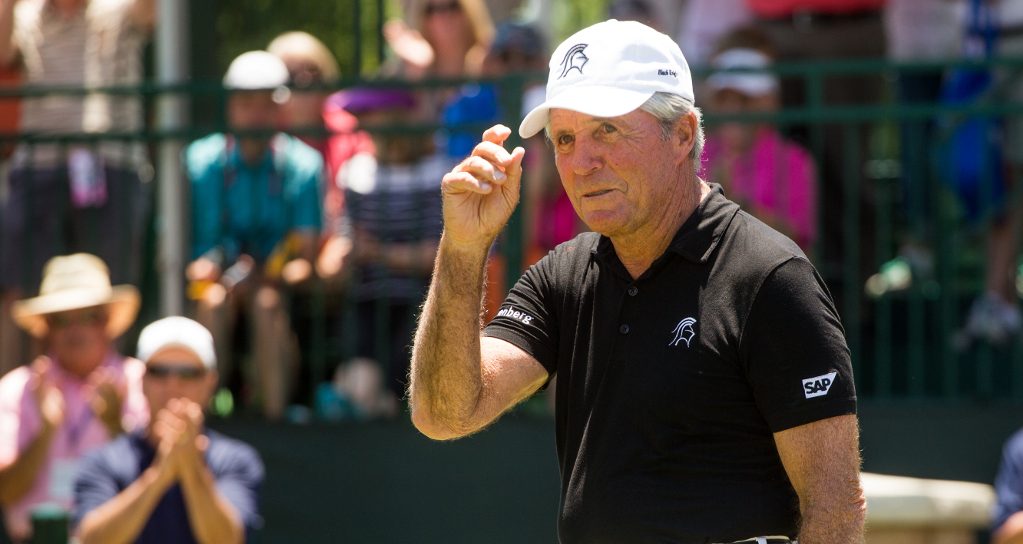 Many people were rooting for McIlroy to come good at Bay Hill, but Player had a special reason for wanting the Northern Irishman to silence his doubters.

The 82-year-old health and fitness nut was irked by comments made by broadcaster Johnny Miller on Saturday about McIlroy’s workout regime.

Miller said he thought McIlroy would have performed better over the last five years if he had not decided to start building muscle in the gym.

Johnny Miller on Rory: "This is probably a controversial comment, but I think if he would have never gone to a gym he would have played way better the last five years … I'm not sure in golf you need to be ripped."

Rory hits to two feet on 18 while he's talking.

Player’s first response to the comments on Twitter were pretty clear, and came in the form of no less than 10 laughing emojis.

Then, after McIlroy clinched victory with that superb back-nine display at Bay Hill, Player couldn’t resist making a sly dig towards Miller in his congratulatory tweet.