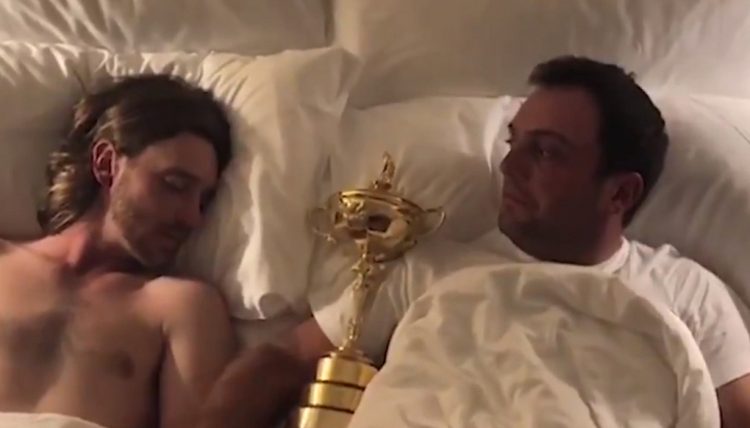 The ‘Moli-Wood’ partnership was the talk of the town at the Ryder Cup last week, but these guys may be taking their bromance a bit too far.

Francesco Molinari and Tommy Fleetwood won all of four of their matches against the United States at Le Golf National, the first European pairing in history to achieve the feat.

It led to this kind of ribbing on social media about their budding relationship:

But the duo took it one step further with this video:

Hilarious guys, but we hope your wives don’t see this.

Molinari and Fleetwood couldn’t resist resuming their lovefest on Twitter either:

I just had the whole Gare du Nord singing our names together and I couldn’t hold the tears 😭 https://t.co/s1APJfZop5