Fake Tiger threatens to steal the show in Boston 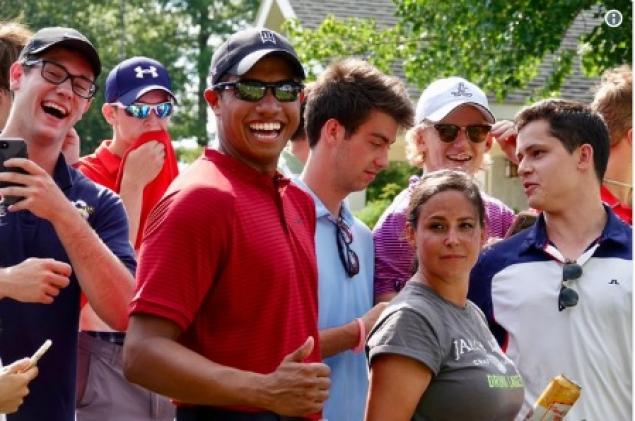 Fans were having a lot of fun with an uncannily accurate Tiger Woods impersonator in Boston on Monday – but the real one wasn’t very impressed.

Woods has had no shortage of interesting and colourful characters following him around on the course over the years, but this latest fellow probably had Tiger doing a double take when he first spotted him.

Fake Tiger showed up to TPC Boston on Monday dressed exactly like the real one often does for final rounds: red shirt, black pants, black hat, and a pair of sunglasses.

Fans took pictures with him, while the TV cameras couldn’t resist giving him some airtime:

The only person who didn’t seem too impressed with Fake Tiger was the real one, who wasn’t in the mood to offer his lookalike any high fives.

That probably had more to do with Tiger’s lackluster 71 on Monday than anything else.