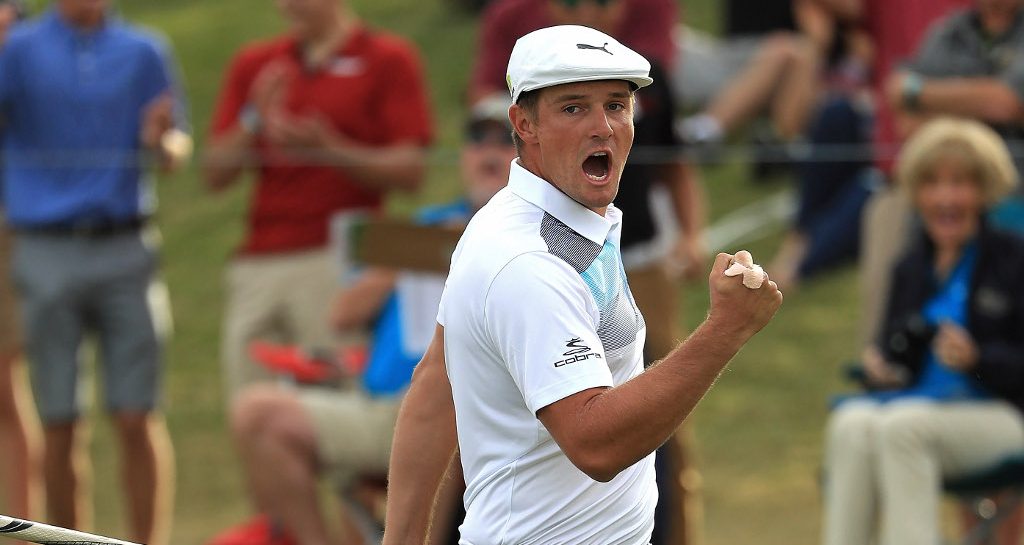 Bryson DeChambeau has revealed how an injury he suffered at a hockey arena in Las Vegas over the weekend nearly derailed his final round at the Shriners Open.

DeChambeau closed with an impressive five-under-par 66 to pick up his fifth PGA Tour victory on Sunday, but things almost turned out very differently.

On Saturday night, the 25-year-old was brought in as a special guest by the Vegas Golden Knights ice hockey team to help pump up the crowd.

As it turned out, he almost did his job a little too well.

“I went a little too hard on the air horn,” DeChambeau said, referring to a giant siren he was asked to crank up. “I think that’s what it’s called. Yeah, and I ripped part of my hand off, which is nice.”

The moment was captured on video. You can see DeChambeau cranking the siren and looking down in concern at his right hand.

Winning the Shriners Open the next

“I was freaking out,” he said. “It was like a blister that ripped off just a little bit bigger than a dime size on my hand.”

When he woke up on Sunday, things still looked pretty bad.

“I opened my hand and it cracked and split. So now I’m like, wow — I’m really in some doo-doo; not in a good place.”

Luckily, the damage was treatable with some moisturizer and bandaging.

“The guys at the player performance center were able to wrap me up pretty nicely,” DeChambeau said. “It was manageable. Every time I clenched my fist a little bit too hard or hit a shot that was a little bit too steep I definitely felt a pull on it.”

DeChambeau was able to hold on for the win – and the Golden Knights won their match too.

“Hey, I gave that thing a whirl and got the crowd pumped up for the third quarter and they went on to win, so more power to them and more power to me, I guess,” he added.