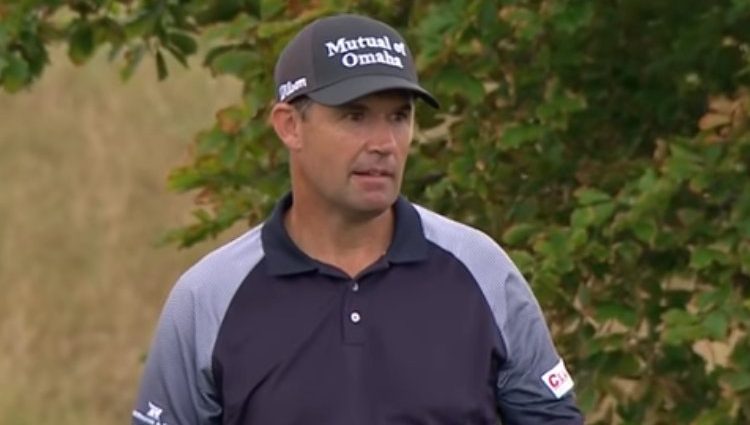 It seems those pesky European Tour cameras are everywhere these days – just ask Padraig Harrington, who couldn’t even take a sneaky bathroom break in peace.

The Irishman produced a superb runner-up finish at last week’s Czech Masters, but generated a few laughs to go along with all the birdies during Saturday’s third round at Albatross Golf Resort.

As everyone one knows: When you gotta go, you gotta go – but most of us don’t have cameras around following our every move when nature calls!

This was the fate that befell poor Harrington, who was running off to the woods to relieve himself when he caught a camera documenting the journey.

Harrington tried to get the cameraman to focus on something – anything – else, but it seems he realised he had found a moment worth capturing.

No word on whether Paddy was able to relieve any lingering pressure or had to hold it in, but we trust things didn’t get too uncomfortable.