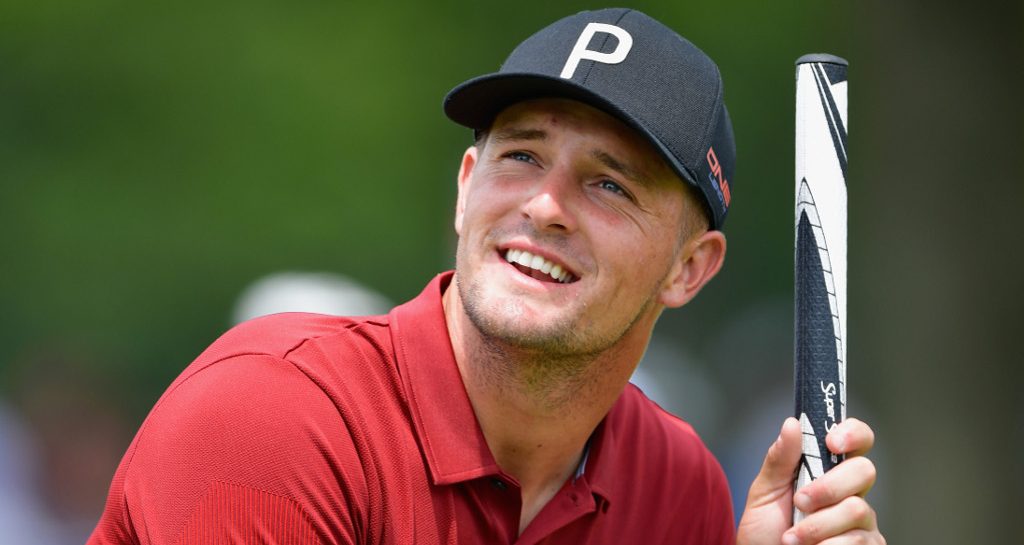 Bryson DeChambeau really doesn’t mess around when it comes to preparing for a golf tournament.

The PGA Tour’s Sean Martin observed the recent back-to-back FedEx Cup play-off champion practicing on the range, and spotted that he had two launch monitors trained on him as he hit brand new balls which were being spritzed with water to simulate morning dew.

The designated spritzer also scrubbed DeChambeau’s clubface before every shot.

Bryson is using two launch monitors. Hitting brand-new balls straight out of the box. Someone scrubs his clubface before every shot, then spritzes the ball with water to simulate morning dew.

“Yeah, look, it’s half of what I do in my off-weeks,” DeChambeau said.

“People don’t realise how hard I work to try and get a better understanding of my biomechanics. I’ve never really been super-talented; people would disagree with that, but I’ve always had to work twice as hard as everybody growing up.

“So for whatever reason, that dedication has allowed me to be more consistent. When you come and look at this, it’s nothing different than what I would do at home. I’m just a little different cat. That’s okay. I like that and appreciate that about myself and that I’m able to stay true to myself.

“There’s a lot of people that change out here sometimes, and that’s something that I appreciate is that I’ve got a lot of great people around me that allow me to be consistent with who I am, and just keep working hard. That’s just who I am.”

You’ve got to give DeChambeau credit. He’s taking the science of golf practice and preparation further than it’s ever been taken before, and it’s producing results.

Still, social media being what it is, it didn’t take long for the jokes to come:

Who doesn't have a dew simulation guy?

There’s been no official reaction from DeChambeau, but word is he was spotted laughing all the way to the bank.