Bryson DeChambeau dressed up as Rickie Fowler for Halloween 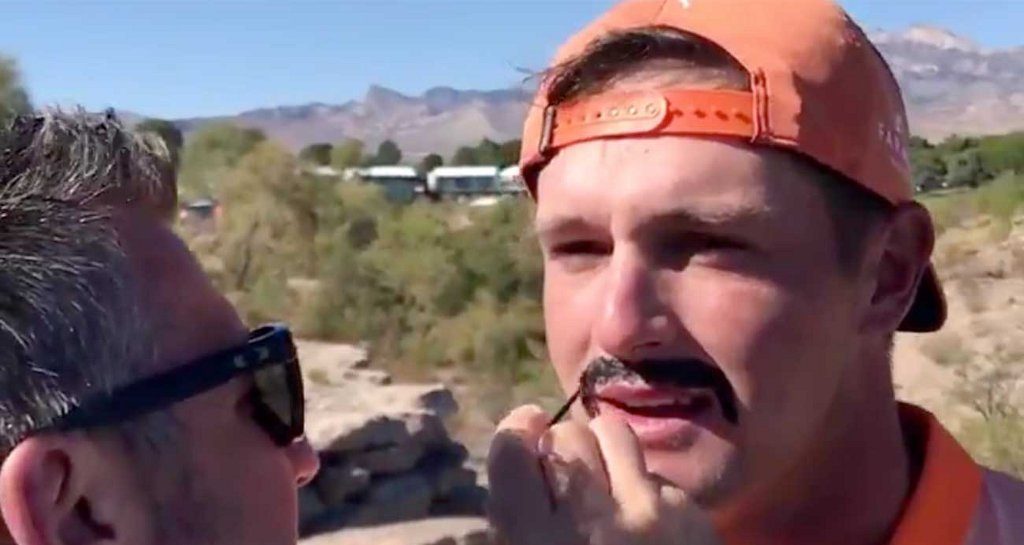 Bryson DeChambeau decided to pay a unique tribute to fellow PGA Tour pro Rickie Fowler by dressing up as him for Halloween.

During a practice round at the Shriners in Las Vegas on Wednesday where both men are in action this week, DeChambeau dressed up in an orange Puma shirt, hat and painted moustache before making his way towards Fowler on one of the greens at TPC Summerlin.

What a treat. 🎃#HappyHalloween pic.twitter.com/TE4Ff90c99

“Rickie, can I have a signature please?” DeChambeau pleaded. “I wore orange just for you. Can you sign my hat?”

Fowler responded by grabbing DeChambeau’s golf ball and throwing it behind him, which got a few laughs from the gallery.

After a hug between the two, Fowler remarked: “That’s the worst ‘stache I have ever seen.”

Asked about DeChambeau’s impersonation in his press conference later, Fowler said: “It was pretty good.

“He could’ve done better on the mustache. The artwork was good, but if you’re gonna do one, you either gotta grow one or go buy a proper mustache that you can put on there. But I give it to him. I give him an ‘A’ for effort.”