Ashun Wu gets hilarious talking-to from his caddie 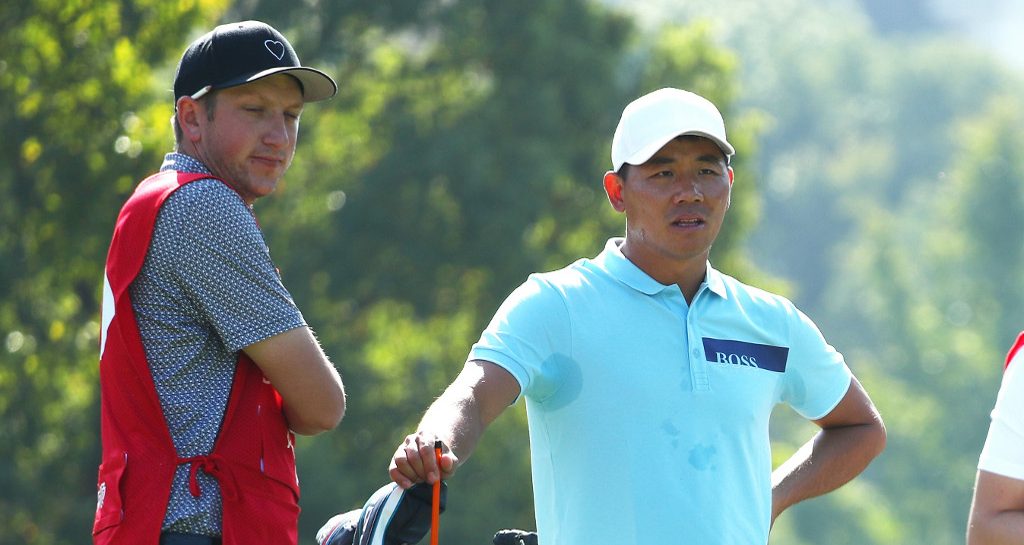 It’s no secret that golfers and their caddies don’t always get along, but it’s still pretty rare to see big arguments at the professional level.

That wasn’t the case at last week’s Nedbank Challenge, however, where Chinese pro Ashun Wu was given a real earful by his trusted bagman.

The root of the argument was that Wu had just found the rough right of the fairway and wanted to attempt a risky shot over the water, while his caddie thought he was completely mad.

You can see Wu’s caddie pleading with him to be sensible and get back back on the fairway:

“You make par, worst thing’s bogey and we’re still in contention to win. If you don’t carry, you’re looking at six straight away. … Stop being crazy! Just go back to the fairway!”

The caddie’s “crazy” comment got a laugh out of the gallery and even Wu himself, but his pleas did not fall on deaf ears.

Wu opted for caution and walked away with a bogey.