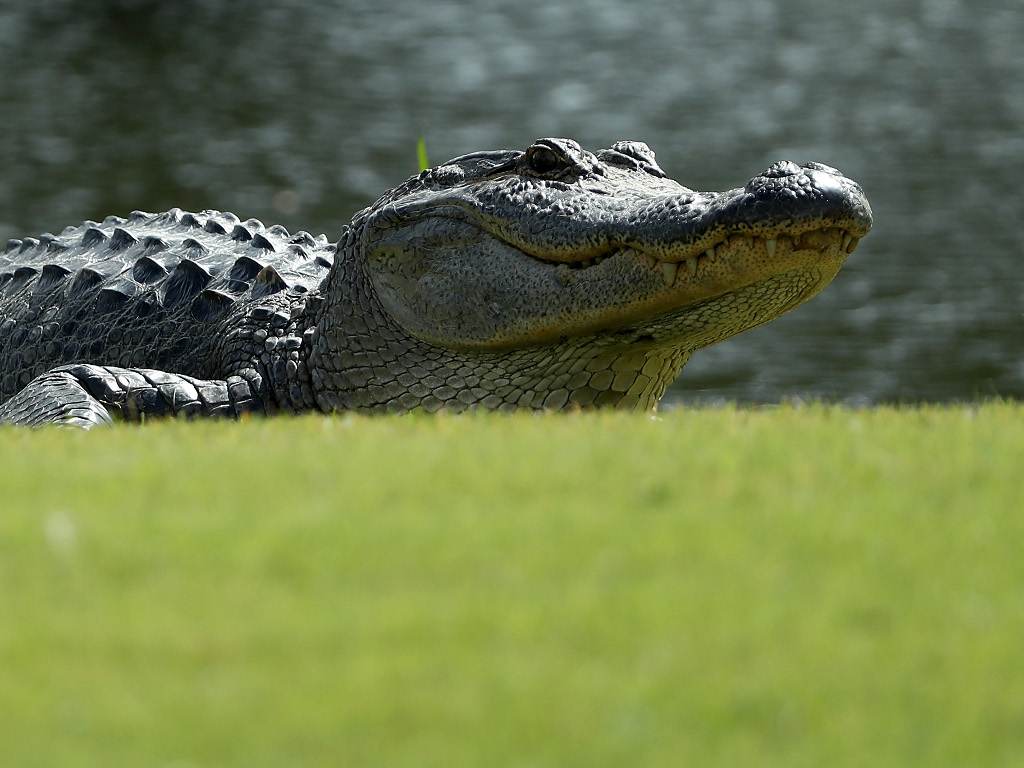 Any good golf course has its fair share of hazards, but this is a bit ridiculous!

You may have seen shots of an alligator or crocodile on a golf course before, and you may also have seen a snake or two slithering around.

But have you ever seen the two reptiles together, engaged in a life and death battle on the fairways?

Thanks to Dr. Richard Nadler in Naples, Florida, who posted the following pictures on Facebook, we now know this type of thing does occur.

Afterwards, Nadler spoke to WSAV about the encounter:

Several people said that the ‘battle’ ended with the alligator dragging the snake into the water.

“Apparently there was no intervention and the next morning they were all gone and the assumption was that the alligator won and that was the end of it,” Nadler said.