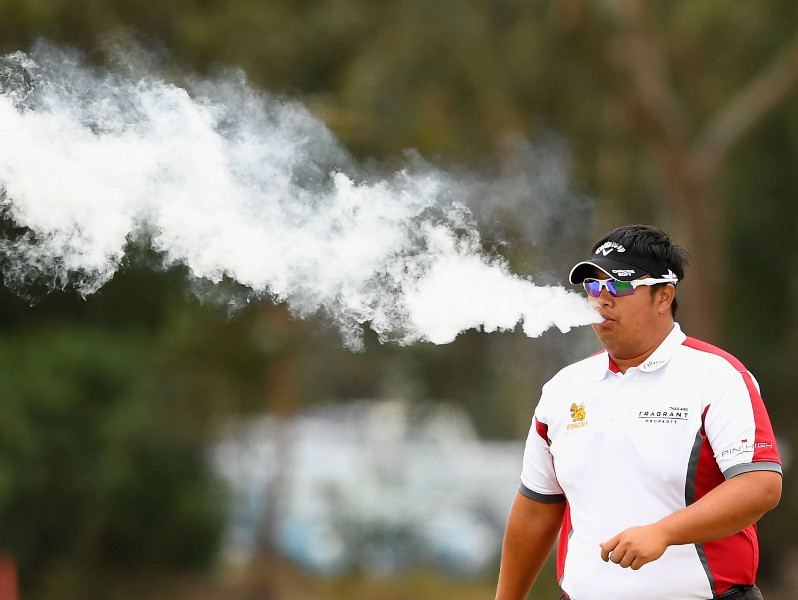 The Thai superstar is nearly identical in body shape to two-time major winner Daly and loves a good smoke.

Aphibarnrat is no mug with the clubs either, having racked up eight professional wins. However, with his ranking having dropped from 37th to 134th in the space of a year, the burly 28-year-old is trying to shave off some pounds in the gym.

Known for his colourful personality, Aphibarnrat once shaved his head and his eyebrows to attend a Buddhist camp in 2014.

“This was a good experience for me…you have to learn to be patient and to be cool with yourself,” he said at the time.

“I learned a lot of things and hope to be able to do more things in the future. I feel like I’ve grown older in the past week and in some strange way, I feel I am able to think and do things better.”

Kiradech, just keep on being you!